After months, possibly even years of silence, Meriton released a statement through the club's main website (here) where it defends its position and goes on to attack its critics in the Valencia fanbase. 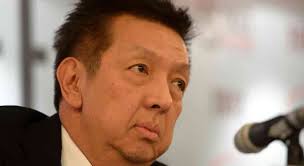 The intro sets the tone: "Since Meriton took control of VCF, a number of fake fans from different sectors have tried to dominate the news about VCF and have sold fake news and lies to our real fans. These fake fans are loud and are motivated by self-interests, not the interests of VCF, and certainly not the interests of the real fans who form the silent majority."

The article goes on to laud Meriton's achievements, focusing in particular on the Champions league qualification under Nuno and the second place reached so far this season. It points out that many of the problems such as the debt, unfinished stadium, EU fine and so on predate Lim's ownership and are due to local sources, while Lim "invested more than 200m of his own money to save the club."

It then launches a scathing attack on these 'fake fans': "The last 2 seasons, fake fans sabotaged the atmosphere in the dressing room. They attacked the team bus and threatened our players. At Mestalla, they tried to intimidate the team instead of helping them as real fans would. This lame and shameless attempt to weaken Meriton didn't and will not work."

There are clearly sections of our fanbase who are problematic and parochial and, regardless of the results, will never accept a foreign owner. Some of the criticisms did seem to have some racial undertones, dismissing Lim as a "chino" or Chinese when he's from Singapore, something as ignorant and stupid as calling a Spanish person a Pole (since the distances are comparable.) From that flowed some weird and wacky conspiracy theories, such as the one that Lim had bought the club simply to launder money (as though sinking 200m into an indebted football club is a smart way to achieve that.)

For all that, there are numerous problems with the statement. The first issue is the timing. As I pointed out in the previous blog, Valencia is in a fantastic place right now, so bitterly attacking fans at this moment seems odd.

The biggest problem is the total failure to admit that anything went wrong, especially in the last 2 seasons. The previous Valencian owners screwed up badly, but it wasn't only because, as the Meriton piece claimed, they had the "intention to benefit a very closed circle of people." In trying to play catch up with Real Madrid and Barcelona, the Valencian owners overextended themselves financially, leading to a cycle of debt which Valencia is still struggling with. But their motives weren't all selfish, they genuinely wanted the club to succeed, but went about it in an unsustainable way.

Meriton made exactly the same mistakes in the first year. The 77 points and Champions league qualification which they boast about was impressive, but it was built on a similarly false foundation. In committing to high transfer fees for players like Alvaro Negredo, Rodrigo, Cancelo and Andre Gomes, they stored up problems which soon became apparent further down the line. In the summer of 2015, Valencia had to make good on the commitment to pay all those transfer fees, 90m worth of spending which was only exceeded by Manchester City and Juventus. That meant that the club had little money to strengthen the squad for the subsequent Champions league campaign, which resulted in a disastrous season and mounting Financial Fair Play problems which forced the club to sell its best players in summer 2016.

Following on from that, it's totally out of order to dismiss the concerns of countless Valencia fans as just being those of fake fans. Numerous poor decisions were made in the first seasons of Meriton ownership and one of the things that drove a wedge between the ownership and the fanbase was the failure to own up to those mistakes. 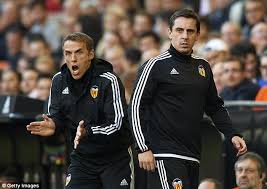 The vast, overwhelming bulk of Valencia fans were hugely supportive of Lim's takeover. That only changed when numerous poor decisions were made which led to negative results, including the club finding itself in a relegation battle.

Meriton's statement would have been better if it had said something along the lines of "previous local owners made lots of mistakes, we came here to clean up those and had to invest a lot to do so. In trying to do so, with the best of intentions, we made numerous mistakes of our own. We realise that, have learned from that and moving forward, will not repeat that." That would have carried far more weight than attacking fans, blaming them for issues which arose from those bad decisions, indulging in self-congratulatory backslapping and pretending that the previous two seasons of shame didn't happen.

I do hope that they have learned/will learn but the statement doesn't inspire confidence and reopens old wounds at a time when people were forgetting them. The statement promises "a series of editorials" so we can only hope they improve on the tone of the first.