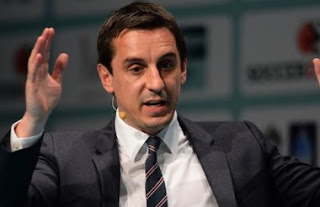 Valencia CF have found themselves in a big crisis since the arrival of Gary Neville as they haven't been able to win even one league game since Gary Neville took over. The team has had some success in the Copa del rey and they reached the semi final in which Valencia CF were embarrassed by a brilliant Barcelona who easily beat Valencia CF 7-0.

After the latest embarrassment a 1-0 loss to Real Betis Gary Neville position came into question, as sporting director Jesús García Pitarch suggested that the coach be removed and a new temporary solution brought in till the end of the season. The decision was then left to Valencia CF majority owner Peter Lim who decided that Gary Neville is going to stay.

In fact Peter Lim still wants Gary Neville to continue through the rest of the season and gave the impression that nothing would be able to change his mind about Gary Neville being Valencia CF coach, of course his position might easily change if Valencia CF lose the next match and actually start fighting for relegation. I'm sure playing second league isn't something even Peter Lim can accept, no matter how close friends he is with Gary Neville.

Hopefully this will teach Peter Lim a lesson to NOT run the club as a family party or something, where you just put family and friends to run things and expect good results. I'm sure he isn't running his oil and other businesses by putting friends and family in charge, but by putting qualified and experienced people to run things.

If Gary Neville loses the next La Liga match against Espanyol he should go, in fact he should resign personally and admit that he isn't ready to be first coach in a big team. Maybe if he gains more experience and coaches some small 3rd division team first he can become a quality coach, but right now he doesn't seem suited to coach a team like Valencia CF.

I don't think Gary Neville should be blamed for where Valencia CF is right now, but its clear that he isn't helping the situation and unless we get a comfortable 2-0 or 3-0 win against Espanyol I don't think he should continue as coach. Another loss and I will be calling for his resignation personally, I don't think we can afford to play with relegation at this point and we are close to fighting relegation.

Personally I didn't like Nuno to be sacked, I think he got the blame for everything that didn't went according to the Spanish fans liking and he paid the price. Sure the results weren't that great under him either and the play was poor, but we were still getting some results, we were still in the top 8 positions and just 5 or 6 points away from 4th position, now we are 20 points behind 4th position, even 5th or 6th position seem almost imposiible.

Unfortunately he got sacked and the new coach has done even worse. Everyone I know knew this was a very risky appointment and even just casual football observers questioned the move, it was one that didn't make a lot of sense, high risk and low reward type of deal. Personally I didn't really like the appointment, but remained optimistic, after all Gary Neville worked under a legend like Alex Ferguson so he knows how one of the best managers in history of football works, he's been a successful football player, defender nonetheless and he is England's assistant coach, so he did have some small experience working and training with the players.

Unfortunately all of that didn't contribute to much, while I do agree that the players must take huge portion of the blame, its the coach/manager job to get the most out of the players, to get them to the proper physical and mental level and even acquire help from a professional psychologist to work with some of the players and resolve their issues.

Ultimately for me he is on a deadline and an ultimatum, if he can't win against Espanyol at the Mestalla after working for over 7 weeks with the team it will prove that he is not the right man for the job and that its futile to continue sticking with him and magically expecting better results.
Posted by SlickR at 7:14 PM
Email ThisBlogThis!Share to TwitterShare to FacebookShare to Pinterest
Labels: news
Newer Post Older Post Home