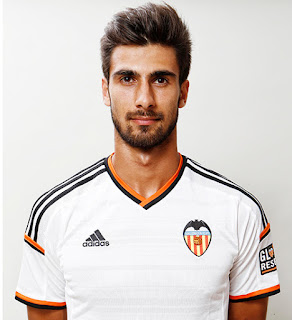 SSC Napoli are interested in Valencia CF midfielder Andre Gomes. They've been following the midfielder for a longer period and the scouting reports have come up positive. The biggest hurdle for Napoli is obviously the high release clause for the player and considering that Valencia CF paid 30 million euros for Andre Gomes, nothing short of 35 million will even be looked at by Valencia CF.

Napoli are not the only club after him, several other clubs are interested in the player and are inquiring about acquiring his services. Valencia CF doesn't have a monetary need to sell players though, so any potential buyers would have to dish out huge sums of money to acquire the player and we are likely talking about in the region of 40+ million euros.

Manchester City and Liverpool are some of the interested English clubs with the deep purse to make such a move monetarily.

Andre Gomes had a terrific first season at Valencia CF and even though he's had a big injury this season he's recovered well and is playing better and better each match. Gary Neville will also be reluctant to sell the player, as he knows how important it is to have a deep squad and more options in midfield.
Posted by SlickR at 8:34 AM
Email ThisBlogThis!Share to TwitterShare to FacebookShare to Pinterest
Labels: news, transfer speculations
Newer Post Older Post Home