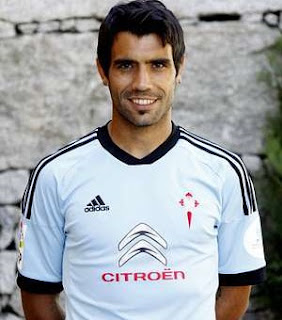 Augusto Fernandez is an Argentinian footballer who currently plays for Spanish team Celta Vigo. He is 29 years of age and his primary position is central midfielder, he is the type of box to box player, similar to Andre Gomes who he is supposed to compete with and play in that position while Andre Gomes is injured with a long term injury!

He's also played as a right winger and more of a defensive player, so a versatile player who can play on several positions and can be cover for midfield and the right wing as well.

Celta Vigo are demanding 6 million euros for the player in order to sell him, while Valencia CF are willing to pay around 5 million at most to acquire the player. He is a versatile player and had a great season with Celta Vigo, so obviously a player that fits the profile and someone who can compete with Andre Gomes, but not someone who will just be automatic first team player.

I think out of all the players we've been linked and even signed, this is a good, smart signing that isn't due to politics and could be a great reinforcement for Valencia CF.
Posted by SlickR at 3:36 AM
Email ThisBlogThis!Share to TwitterShare to FacebookShare to Pinterest
Labels: news, transfer speculations
Newer Post Older Post Home