Alright there are a lot of transfer market happenings to discuss in this update. Incoming long text:

First off, Brazilian youngster Vinicius Araujo has been returned back to Brazilian club Cruzeiro after an unconvincing loan spell at Standard Liege where he failed to make an impression and secure a first team sport. Cruzeiro still owns 50% of his rights and were more than happy to take him back.

In other news, Valencia CF captain Dani Parejo is very close to agreeing a contract renewal with the club till 2020. The negotiations have hit a stumbling block for a period of time and there were many rumours that he would leave. Regardless of how he performed this past season, it's good to see the captain renew as he is one of the cores of the team and a leader in the dressing room. His reported release clause is about 50 million euros.

Then we have this issue with Otamendi. I don't know about you guys but I'm not going to believe any of the rumours until he himself says the words "I want to leave" and I see him in another jersey. So far, he's dodged the issue and said things along the lines of "Valencia know what I want" and "my agent doesn't speak without my authorization". But every time I remember that a few months ago the news said that Gaya was already signed for Madrid and that it was all over, I start to doubt all of this. Then Gaya signs an extension and says that he can't believe all the lies the media said was completely shocked that they had said that he had signed elsewhere. So far, Valencia's stance has been 50 million euros or no deal, same approach that was taken with Mathieu last year. It's nice to see that the club doesn't back down, but then you get other reports saying Mendes is trying to lower the price. You never know what to believe anymore. Now apparently, both Manchester clubs and Real Madrid all want Otamendi. Not surprising to say the least, considering his outstanding form this past year. Other reports say Manchester United is willing to offer Chicarito or another player, I think Nani, to lower the price. So many different rumours around Otamendi but he says he wants to remian focused on Copa America, that's fair, let's see what happens after.

As for the goalkeeping issue, the reports have been saying Mandana, Weidenfeller, Navas, Casilla, Casillas and some even Valdes for a while. Yet now, Valencia CF have opted for a prodigy in the goalkeeping world in Real Sociedad's Geronimo Rulli. Quite a young goalkeeper but will lots of promise and being an Argentine, Ayala has had him scouted for a while. His signature is apparently really close and some reports say to expect it very soon. I know experience is one factor that comes into question here, can this young goalkeeper really hold the weight of a Champions League team along with Yoel or is he just one of two goalkeepers that could be signed. The other issue here is that he doesn't want to leave Real Sociedad but is being forced to move. His ownership is a third party ownership and the third party wants him to play at a bigger club - a Champions League club - but he insists on Real Sociedad. The profile for any player that the management said they wanted to bring was one who really wanted to be in Valencia CF. This goes against that and while I think Rulli is a real talent, I question how that will affect this move. Some reports even say that Manchester City is buying him and is loaning him to Valencia CF. What do you guys think of Rulli? Which deal do you guys think is better? 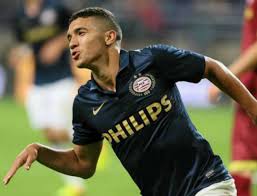 Another player who's signing is soon to come is 19 year old Belgian youngster Zakaria Bakkali of PSV. He has apparently fallen out with the management there and has been branded a rebel and has not partaken in team activities for a while. He's really a great talent and the best part is he comes at 0, yes zero, cost since his contract has come to an end. Both Valencia CF and Sevilla are interested in him and the choice is still up but it seems Belgian media see him going to Valencia. Reports also say that he will be tried out by Nuno and if he deems it fit he will be immediately loaned to another club for experience. 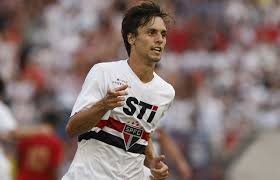 The first new player Valencia CF have added to thier ranks this transfer window, is CDM/CB Rodrigo Caio. He will be officially signed and presented tomorrow (Friday). His agent, you guessed it, Jorge Mendes. As for Gian Imbula, Valencia CF seems to have lost interest in the player.

A lot of us here in the blog criticized the over-imposing role of Mendes in the clubs transfers. We've ended up with a lot of players from Benfica and are continuously linked with Benfica players and other players in the Portugeuse Liga. Now we are linked with the supposedly talented youngster in Danilo Barbosa of Sporting. Apparently another high skilled Brazilian prodigee but with all these youngsters being signed can we really afford to play them all? Or are they going to be loaned out in the end. We'll see.

One thing that we haven't really talked about is that Nuno's assistant coach, Ian Cathro has resigned due to a personal reasons. Nuno has often praised the Scot and branded him as a genius. We don't really know the degree of influence he had in training and coaching or how this will affect Nuno but I felt it should be mentioned. It happened a while back but I didn't get to mentioning it until I saw him being linked with Newcastle United as thier assistant manager.


Finally, I'm sure many of you have heard of the supposed conflict between Nuno, Rufete and Salvo as to who has the say in transfer dealings. The three met earlier at a date close to opening date of the transfer window to discuss signings and they had all agreed on Imbula. Then, reports say Nuno went and requested Rodrigo Caio behind their backs and caused them to get upset. Lim's assistant, Lay Hoon, was in Valencia CF, to sort out the issue and communicate to them what Lim says their role in the club is. From what I understood, he wants Rufete to focus more on the youth aspect - that's the academy and the promising youth while Nuno is ultimately in charge of signings as he is the coach and sees what the team really need. I'm not really too sure of further details of or the truth behind the conflict as there wasn't too much written on it.

Anyways, lots to talk about, I look forward to seeing a great discussion below.