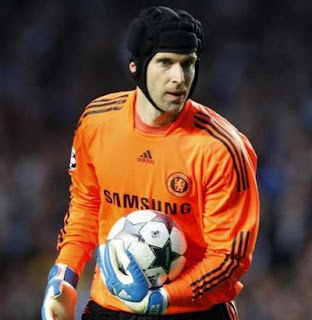 Chelsea goalkeeper Petr Cech is on Valencia CF radar and right now the first option to become the newest reinforcement.

Petr Cech lost his starting eleven position with the arrival of Thibaut Courtois last summer at Chelsea and has been contemplating his exit ever since. Jose Mourinho has said that he would sell the player, because he wanted to leave and with the situation being as it is Cech transfer fee will be very low, which is important for Valencia CF.

The replacement has to be a great goalkeeper, has to come on loan or very cheap and isn't a long term addition, since when Diego Alves comes back the team are not in a situation with 3 goalkeepers vying for a spot. Diego Alves recovery will be very long, so he will miss the next season definitely, but he would then have time to recover for the 2016 season and use the summer to get into fitness.

Reports from England were suggesting that he will only move to another Premier league club, but he was recently interviewed and said that he is looking at all of his options:"I look at all the options, regardless of the country. I will decide based on what for me and my family is the best. It does not matter whether it is England, Germany, France or Spain."
Posted by SlickR at 6:54 AM
Email ThisBlogThis!Share to TwitterShare to FacebookShare to Pinterest
Labels: news, transfer speculations
Newer Post Older Post Home