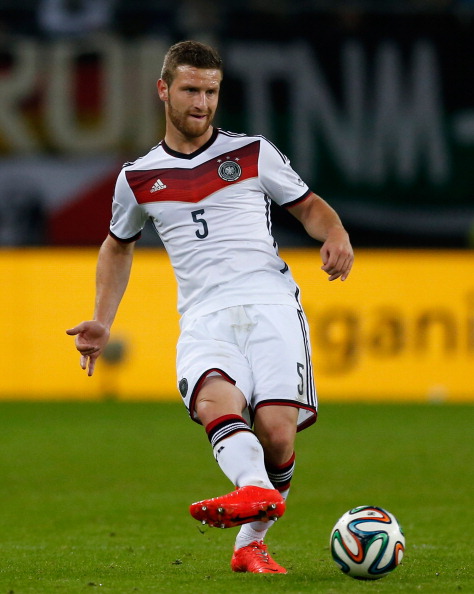 SSC Napoli are interested in Valencia CF defender Shkodran Mustafi who's been in top form this season and together with Nicolas Ottamendi are one of the best defending duos in Spain and even Europe. Nicolas Otamendi has peaked the interest of wealthy clubs like Manchester United, PSG and others, while Shkodran Mustafi is the more modest 'commodity' and clubs like Borusia Dortmund and now Napoli are interested in acquiring his services.

Apart from Napoli there are reportedly few English clubs interested in the defender as well. So far though Mustafi has gives a statement that he is focused on Valencia CF and isn't looking to move to a different club.

In case any club wants to acquire his services they will have to splash out a huge sum of money, probably in the region of 20 million euros, since Valencia CF aren't a selling club and if they do sell they will look to get an amazing deal and bring in quality replacement.
Posted by SlickR at 6:58 AM
Email ThisBlogThis!Share to TwitterShare to FacebookShare to Pinterest
Labels: news, transfer speculations
Newer Post Older Post Home