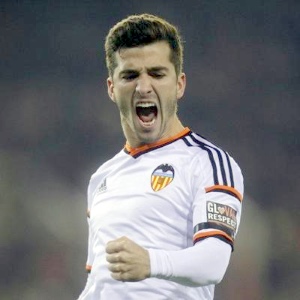 Jose Luis Gaya is close to extending his contract with Valencia CF. The club has been working really hard trying to tie in the players with expiring contracts next year and earlier this year it was Paco's contract that was extended, now we've learned Pablo Piatti is also to to sign a contract extension and Jose Luis Gaya will be the next in line to be tied in long term with the club.

Its also said that his salary would more than double with the new contract and would have Jose Luis Gaya stay at Valencia CF until 2020. With interest from Real Madrid very high, Valencia CF are eager to get this done and secure Gaya at Valencia CF for the next 5 years.
Posted by SlickR at 1:14 PM
Email ThisBlogThis!Share to TwitterShare to FacebookShare to Pinterest
Labels: news
Newer Post Older Post Home