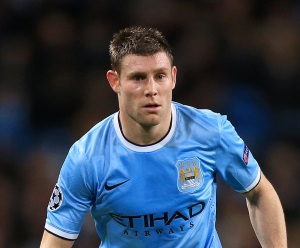 Since joining Manchester City in 2010 he hasn't been the standard choice, he's always been a secondary choice and and his career has been up and down at different times. Now that he has found a place in the team though he finds himself at 29 years of age with his contract expiring and Manchester City are unwilling to pay him anything more than 2.8 million a year, which would be a reduction of 1 million euros.

Valencia CF can't pay him even 2.8 million, even though the club is in good financial status now because the club is trying to be profitable and abide by the fair play standards. The advantage would be that the player will get a new start and become a standard player for Valencia CF.

Personally I can see James Milner leaving City and joining another club, but I don't think he will move to Valencia CF. We just don't have the money to play his premier league level salary and he would need to basically accept a 2 million euros reduction to join us.

What do you guys think? Will James Milner join Valencia CF and can the club accommodate him?
Posted by SlickR at 9:49 AM
Email ThisBlogThis!Share to TwitterShare to FacebookShare to Pinterest
Labels: news, transfer speculations
Newer Post Older Post Home