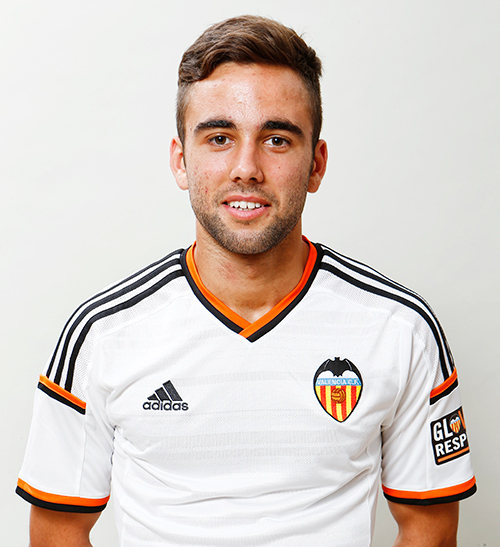 He's played few times this season and he's done pretty well, he has pace and energy and every time he's played he's showed tremendous work rate and fighting spirit so I think he has potential for the future.

I think this is the best deal for him, he is not quite good enough yet to feature for Valencia CF often, but he is not bad either, so sending him on loan to get some more playing time and more experience would be good for him.

This also opens up the door for Valencia CF to purchase a new player for the wings, seeing as Feghouli will not be available for over a month and Piatti is injured for at least 2 more weeks, so the club could move in for a winger, Valencia CF has been linked recently with Lavezzi from PSG.