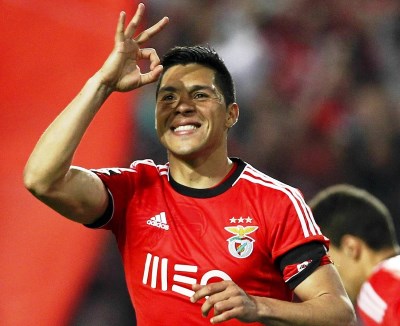 Valencia CF coach Nuno Santos was testing out in training a midfield trio of Enzo Perez, Daniel Parejo and Andre Gomes, since Javi Fuego is unavailable due to accumulating 5 yellow cards and that is likely the midfield to face Real Madrid.

Felipe Augusto and Zuculini are also available for selection, but since Felipe hasn't impressed so far and Zuculini hasn't played much at all, its obvious that Enzo Perez is going to have a very fast debut for his new team.

The club will also have his official presentation tomorrow, January the 2nd I believe around 12:00 O'clock CET in the stadium.
Posted by SlickR at 8:59 PM
Email ThisBlogThis!Share to TwitterShare to FacebookShare to Pinterest
Labels: news
Newer Post Older Post Home