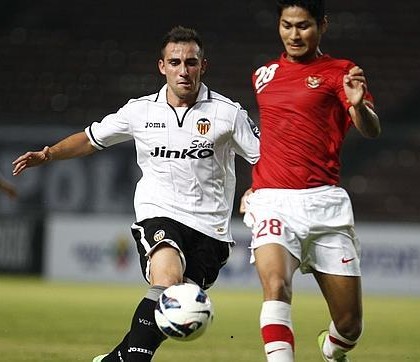 Paco Alcacer has been suspended for two matches, following the red card he got against Granada. He was already starting to fall behind Negredo and now he basically gave away his starting spot without even competing.

This is a big blow for the team though as Nuno has been playing with two strikers almost exclusively and the fact that we don't have a replacement from the bench is worrying, especially after the string of bad results we've had.

Its also going to be interesting going into the next match to see how the team responds and what tactics and lineup will Nuno use.
Posted by SlickR at 2:19 AM
Email ThisBlogThis!Share to TwitterShare to FacebookShare to Pinterest
Labels: news
Newer Post Older Post Home