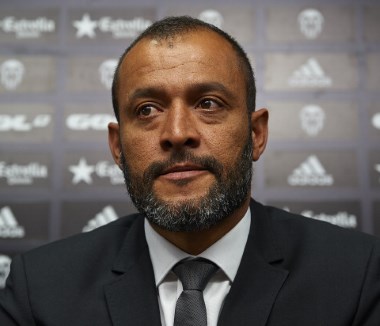 Valencia CF is set to offer the coach Nuno Espírito Santo a contract extension that would keep him for more than one year at Valencia CF.

Now that Peter Lim is the official owner of Valencia CF, he is pleased with the work the coach has done and would like to see him stay for more than one year at Valencia CF.

Nuno Espírito Santo current contract expires at the end of this season, he only signed 1 year contract in case things went bad, so that they club didn't have to pay huge penalties for breaking his contract, but since things have been going very well and the club and new owner are pleased with his performance they are going to forge a new 2 year contract extension.

Nuno is also excited to extend his contract with Valencia CF, so the contract negotiations are going to go smooth and fast. Its likely that the contract will mostly stay the same, possibly with small improvement of the salary with addition of bigger bonuses for reached objectives like Champions league qualification and reaching the finals of the Spanish cup.
Posted by SlickR at 10:42 AM
Email ThisBlogThis!Share to TwitterShare to FacebookShare to Pinterest
Labels: news
Newer Post Older Post Home