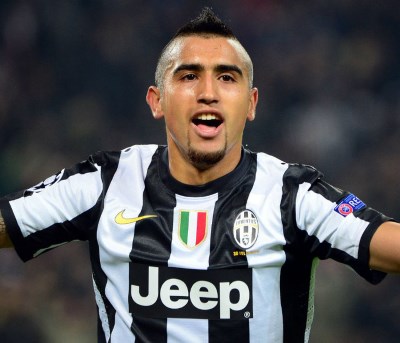 Now that Peter Lim is officially the new owner of Valencia CF, the club is looking to bring in two new midfielders in the winter transfer window.

Bruno Zucculini is not pleased with what little playing time he's received and his parent club Manchester City would like to see him get more minutes as well, so its likely that he'll be ending his loan deal with Valencia CF in the winter transfer window, leaving Valencia CF with just 4 midfielders left, 3 of which are constantly playing in the team.

Now that Parejo is injured for 2 to 3 weeks, its made things clear at just how thin the midfield is and Peter Lim wants reinforcements so that the team can double down on the good performances and secure a Champions league spot.

The positions being looked at are another playmaking type midfielder in the mold of Parejo and another defensive midfielder to compete with Javi Fuego.

On Valencia's radar is Enzo Perez, a player Peter Lim has been chasing since the summer and Arturo Vidal from Juventus. Reports in Italy suggest that Vidal relationship with the new coach are very poor and he is looking to leave in the winter with Valencia CF being in pole position to acquire his services as Peter Lim is ready to spend at least another 50 million euros in the winter transfer market for reinforcements and its said that Juventus would be willing to depart from Vidal for a sum of 25-30 million euros.