Juan Mata back to Valencia CF? 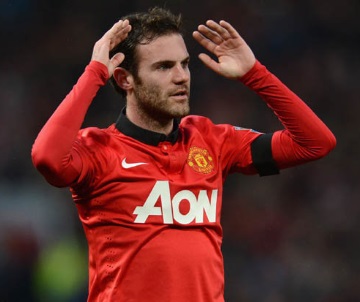 Reports from England are increasing that Juan Mata may leave Manchester United at winter and join Valencia CF, as he is seen as surplus to requirements after the arrival of Di Maria, with the other forward positions covered by Rooney, RVP and Falcao.

Reports suggest the new Manchester United coach changed his mind about Juan Mata after the arrival of Falcao and seems to now prefer someone faster and pacier as opposed to Mata's slower style of play.

Valencia CF are currently still not owned by Peter Lim, though things are progressing good and the final ownership change should happen within 10 days, after that is complete Valencia CF will be in a position to bring Juan Mata in the winter transfer market for 30-35 million euros.

As you all know the deal for Enzo Perez fell through and that was a deal worth 30 million euros, so Peter Lim is still looking for potential signings to strengthen the club even more and Mata could fit the bill.

Would you guys like to have Juan Mata back at Valencia CF, or do you prefer another player or strengthening on another position?
Posted by SlickR at 1:35 PM
Email ThisBlogThis!Share to TwitterShare to FacebookShare to Pinterest
Labels: news, transfer speculations
Newer Post Older Post Home