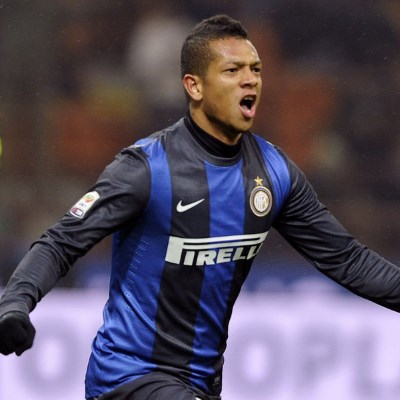 Valencia CF and Inter Milan failed to reach an agreement over the transfer of Fredy Guarin and since the transfer window closed in Italy, Guarin remains an Inter Milan player and Valencia CF looks like it will remain without a 5th midfielder that Nuno wanted.

With the transfer of Enzo Perez failing previous as well, Valencia CF set their sights on Inter's Fredy Guarin, but the clubs failed to reach an agreement. Inter wanted 20 million in addition to the 2 million euros they get for the loan dead, while Valencia CF was prepared to offer them 15 million at most.

Further disagreement seemed to be when they money will be paid, with Inter wanting to receive some of the money this year, while Valencia CF wanted to loan Guarin for one year, pay 2 million for the loan and then based on a clause purchase the player at the end of his loan.
Posted by SlickR at 7:13 PM
Email ThisBlogThis!Share to TwitterShare to FacebookShare to Pinterest
Labels: news
Newer Post Older Post Home