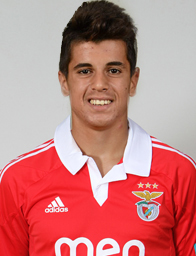 The right-back spot has been one area of the pitch which has yet to convince in this pre-season. Neither Joao Periera or Antonio Barragan have given consistent and decent performances thus far. From the first day of the transfer window, there were reports saying that Valencia CF would be willing to sell one of the right-backs, some even suggested both. As such Valencia CF have turned to a promising young talent who plays in Portugal. And unsurprisingly, he plays at Benfica.

We know that Lim owned the rights of several players in Benfica, namely Rodrigo, Andre Gomes and Garay. At the beginning of the transfer window, it was said that he was also going to buy three Benfica youth players to bring to Mestalla B for a combined total of 30 million euros. One of these youngsters was Joao Cancelo. For now, it seems only Cancelo is on his way, there is no information on the other two. I don't know what it is about Benfica but it's been facilitated by Jorge Mendes, Lim's close friend.

This type of deal will be the same sort as that of Rodrigo and Andre Gomes. A loan deal that will be made permanent when the agreement between Lim and Bankia is settled. I think that should he join, Pereira will make a good mentor for him for both club and international level. I don't see Barragan as a mentor or a good example for any youth players, given his attitude and rashness.

Any thoughts on Joao Cancelo? Who should he replace? Barragan or Perreira?