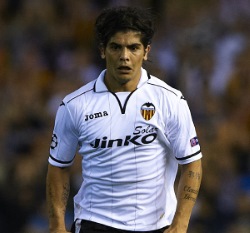 Sevilla have taken an interest in 26 year old Argentine Ever Banega. Despite starting off well in the preseason, an injury kept him out of a tour of South America and ended up costing him his place in the team. Now he is said to be on his way out of the team along with the likes of Postiga, Jonas, Araujo and Viera.

It seems former coach Unai Emery is keen on the idea of bringing back Ever Banega, whom he worked with well during his time at Valencia CF, and believes he can restore the brilliant form he had. Sevilla recently lost Rakitic to Barcelona and are in need of a replacement. Reports have suggested a fee of 4.5 million euros.