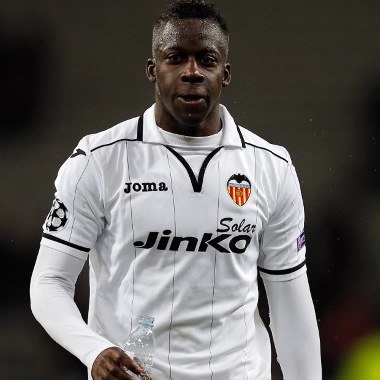 Its official, Aly Cissokho has transferred to Aston Villa for a reported fee of about 2.5 million euros. The fee is absurdly low and the club is selling him without having a ready back up player before hand and I hate this kind of silly transfers. Why did they even sell him, he was good in preseason, Nuno even said it himself in an interview that he was impressed by Aly Cissokho, I guess this comes from the club officials who for some reason don't like him. I don't know if its because he is black, or because he was brought it by the previous administration. since most of those players have been let out, though both would be really unprofessional if true.

The reports are that Valencia CF is going to get Lucan Orban, he currently plays for Bordeaux and is a relative minnow and unknown. I've searches for his stats and it seems like he has played about 2300 minutes in the French league or about 25 matches in 2 years for a low level club like Bordeaux. Is that good enough for Valencia CF, is he the "big" player that will make our left back slot great?

He can play as a CB, so that is probably the main reason he is a target, not because of his skills, but because he can cover a weak back line of only 3 defenders, two of which are extremely young, unproven and barely tested.
Posted by SlickR at 5:48 AM
Email ThisBlogThis!Share to TwitterShare to FacebookShare to Pinterest
Labels: news, official transfers
Newer Post Older Post Home