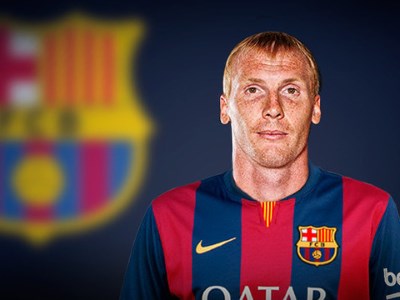 Barcelona FC have sealed the deal with Valencia CF over the transfer of Jeremy Mathieu, who will be joining Barcelona FC for a reported fee of 20 million euros, which is an extremely great price if I may say so myself. I've had him rated at about 10 million euros, last season I thought he was too error prone and quite inconsistent, so the fact that Barcelona payed out his 20 million euros buyout clause is really surprising.

I mean I knew they were going to do it, they really pushed for the transfer and when the player demanded it personally it was going to happen, but I think its a great deal for Valencia CF. We get rid of an aging, error prone defender and get 20 million euros in the bank with which we can strengthen our squad.

Again, Jeremy Mathieu transferring to Barcelona for 20 million euros is very positive for the club, Valencia CF can now bring a high level quality defender now and not even have to go cheap, we can spend 15 million if needed and get a high level player.
Posted by SlickR at 8:22 PM
Email ThisBlogThis!Share to TwitterShare to FacebookShare to Pinterest
Labels: news, official transfers
Newer Post Older Post Home