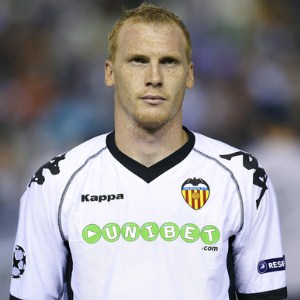 Barcelona insist on clinching the signing of Mathieu and will not take no for an answer. Over the past few weeks there have been several meeting with the presidents of the two clubs and despite getting "no" as an answer every time, Barcelona won't take the hint. At the beginning Valencia referred any interested club including Bayern, to the players 20 million euro release clause. However, fearing that the clubs were willing to pay this amount as well as to make a clear statement of intent, the club will force teams to pay 36 million euros through taxes by getting the player to deliver the amount himself.

Valencia CF is looking to build a new team using the Lim investment to be able to compete with any other team. However, the team has roots that need to stay to preserve the club's identity. One of those is Jeremy Mathieu who is seen by the club and the fans as an "untouchable", a leader in the dressing room and on the field. This qualities along with his speed and strength in defense are what attracts Barcelona's new manager Luis Enrique to Mathieu. As such he has requested the club to seal his transfer no matter what.

The latest deal reportedly proposed by Barcelona recently in order to tempt Valencia CF was to offer 10-12 million euros plus youngster Cristian Tello (one of Valencia's transfer targets). The reports have claimed that Valencia CF have stayed silent to this proposal.

Personally, I think that Tello would add a lot of quality and energy to Valencia CF. However, I don't see where he would fit in considering the amount of wingers we already have even after we sell some of them. Plus, it would raise the issue of who the replacement center back would be, which means further spending.

So what do you think, Mathieu for Tello and 10-12 million, deal or no deal?
Posted by Amunt.Valencia at 11:50 PM
Email ThisBlogThis!Share to TwitterShare to FacebookShare to Pinterest
Labels: news, squad, transfer speculations
Newer Post Older Post Home