Second piece of official news today. I wonder which came first, the signing of Vezo or the sacking of Braulio. 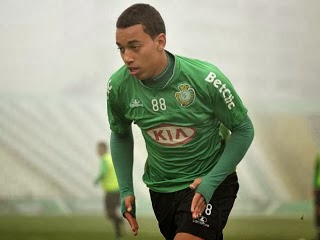 Anyways, Ruben Vezo is 19 year old Portuguese center back currently playing for Vitoria FC in the Portuguese League. Following the departure of Rami, it was deemed fit by the management to bring in a center back. Starting January 1st, Valencia will have Costa, Ruiz, Mathieu, and Vezo as center backs.  The signing is reportedly for about 1.5 million euros and it is a full transfer. The deal is for four years with Vitoria FC able to get 25% off any future sale/loan of the player.

I don't have any idea of the quality of this player (first time seeing his name or his club). However, according to FIFA he is a player with lots of strength and jumping ability. The way our center backs are playing now is, and most of you will agree, awful. I'd even say that the defense is the most obvious of Valencia's many weaknesses. I hope this new signing will be able to improve the defense. However, as was stated in a previous articles, Ruiz should be given his chance since he earned it. My only point of criticism with this signing is that I would have preferred to see on the B-team center-backs promoted. That way, the transition would be instant. The management must have thought they weren't good enough or something. As it stands, however, there are only three center-backs and since Djukic insists on playing Costa and Mathieu with no improvement what-so-ever it will be another two months to endure. Anyway, good luck to the new signing when he arrives and I hope he does well.

As always, feel free to let us know what you think!!!
AMUNT VALENCIA!!!
Posted by Amunt.Valencia at 2:54 AM
Email ThisBlogThis!Share to TwitterShare to FacebookShare to Pinterest
Labels: official transfers
Newer Post Older Post Home