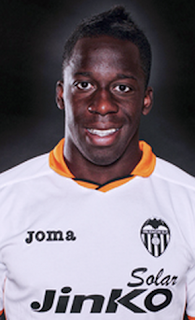 Liverpool have reportedly sealed a loan deal for Cissokho. The English club have paid a 1 million euro transfer fee to take the player on a season-long loan. The deal includes a purchase option valued around 4 million euros with Liverpool paying his wages for the season. Valencia coach Djukic said he is not worried about the loan move since he has plenty of quality players who can play that position (Mathieu, Guardado, Bernat). Cissokho said that while he loves being a Valencia player, he always wanted to play at Liverpool. Cissokho is the sixth player to leave the club this year after Gago, Tino Costa, Albelda, Nelson Valdez, and Soldado.

I said before that Cissokho is a quality player and I prefer his play over Guardado in that position. However, the other point I was going to mention is that even if the purchase option was 5 million euros, Liverpool have gained the player for 6 million euros total. Valencia paid 7 million to purchase the player from Lyon. Another example of losing money on players I spoke about yesterday. Anyway, good luck to player and I hope to see him back next year.