In the Market for Firepower!!! (Updated again)

With Soldado nearing his exit, Valencia are in the market for replacements. It has been said that Valencia will get two new strikers, think of it as replacing each of Nelson Valdez and Soldado. The problem is everyone else is also looking for strikers and everyone is raising prices to protect their strikers. Long-time Valencia target Kevin Gameiro signed for Sevilla recently, further reducing our options. Brazilian and Fluminese striker Fred is seemingly in the process of renewing his contract and expressed his desire to stay in Brazil to give him a better chance of making the World Cup squad.  A bid for Atletico Madrid's Adrian was rejected recently. And lastly, Pablo Osvaldo has rejected a move. The following is a current list of strikers who are linked with Valencia this past week.

1. Helder Postiga: The 30-year old Portuguese and Real Zaragoza striker is looking for a new club following the relegation of Real Zaragoza. He seems the most likely to come in and is expected within the next few days after ascertaining the departure of Soldado. Some reports say an agreement has already been established. He has 23 goals in 70 games for Zaragoza and 26 goals in 61 games for Portugal. 2. Sergio Garcia de la Fuente: He was wanted by Sevilla until they signed Kevin Gameiro. He has 15 goals in 73 appearances for Espanyol.

3. Marco Borriello: His current club, Roma, has no future plans for the 31-year old and did not include him in the pre-season. He has 11 goals in 47 games for Roma.

1. Javier Hernandez: The 25 year old Mexican international had a successful season for Manchester United despite being at the bottom of the pecking order behind Rooney and Van Persie. He scored 33 goals in 77 games for Manchester United and 35 goals in 53 games for Mexico. With Guardado to help in convincing him, there is a good chance of signing him, however due to his high price a loan deal is most likely. In addition, it depends on whether or not Rooney leaves since that will give him an idea of the playing time he will be getting.

2. Olivier Giroud. The 26 year-old French international also had a very good season playing for Arsenal. Since Arsenal has been trying to buy a new striker, Luis Suarez, there has been concern over how much playing time he will get. He has 11 goals in 34 appearances for Arsenal as well as 3 goals in 19 games for France.

3. Fernando Torres: The 29-year old Spanish striker hasn't lived up to expectations at Chelsea, and with the club set to buy Wayne Rooney, Torres could be looking for a way out. Valencia have expressed their interest to the player's agents and are apparently willing to spend no more than 29 million euros on the striker (Soldado will be sold of 30 million). If this transfer was to go through Villa and Torres would've switched clubs in which they recognized. Torres has shown sparks of his old self at times and is said to be regaining his form. He was the top scorer in Euro 2012 and The 2013 Fifa Confederations Cup. He has 15 goals in 82 for Chelsea and 36 goals in 106 for Spain. 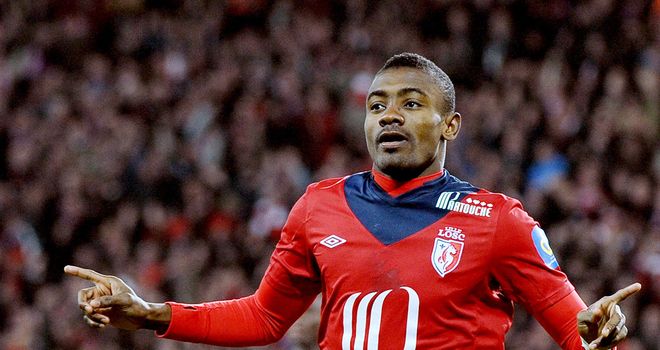 4. Salomon Kalou: The 27 year-old Ivorian currently plays for Lille. With a release clause of only about 3.5 million euros, West Ham have triggered it and are in the process of convincing the player. However, reports state that Valencia are trying to snatch the player away from their grasp. He has 14 goals in 28 games for Lille and 21 goals in 57 games for Ivory Coast.