Many Valencia players have been linked away from Valencia due to its financial situation. The names that appear often are those of Soldado, Cissokho and Rami. Despite the first two expressing their desire to stay, Valencia have line up their replacements which signals either a doubt of their desire to stay or it shows the club's willingness to let them go. We'll see which one it is soon.

You may remember 24-year old Didac Vila from last year. He is currently on loan at Espanyol from AC Milan and plays left-back. He was originally the one to replace Jordi Alba and was all set for a loan move at the club last year. However, he failed his medical test and the loan move fell apart. Now Valencia line him as the replacement for Cissokho. 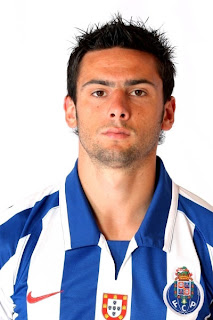 As for Soldado, the plan B is 30 year old Helder Postiga of Real Zaragoza. He currently has 23 goals in 70 games for Zaragoza and 26 goals in 61 games for Portugal. Despite having a wealth of experience at club and international level, he is a step down from Soldado. In addition, even if he succeeds, he is past the prime of his career and it won't be very long till we have to search for another striker.


What do you guys think of these two players as replacements? Good idea? Bad idea?