Valencia have recently rejected second bid from English club Tottenham which was said to be around €26 M plus €4 M add ons. Valencia do not want to part company with their star striker but as there is release clause in his contract ,if triggered Valencia can do nothing but accept the offer.
Valencia president ,Amadeo Salvo  has said time and again that Valencia are not willing to sell Soldado below his Release clause. Liverpool and Tottenham are really intetested in signing the player. There is a report that both the clubs are willing to pay the release clause. So Valencia are now looking for alternatives.
Fluminense hitman Fred has been seen as a ideal replacement for Spanish goal machine. Fred has experience of playing in Europe. He played for French club Lyon between 2005-2009.
It is unclear how much Fluminese would ask for the 29 year old striker but he would not cost much. He would be afforfable, if Valencia really want to sign him. He is also a target of Tottenham.
He came into light in last confederation cup, where he helped Brazil win the cup. He scored in the final against Spain and also won Silver Boot.
He is known for his physicality and eye for goal. 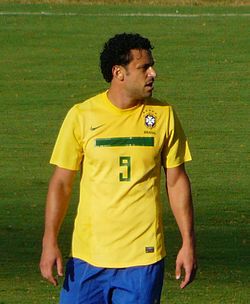