From Liverpool with love? 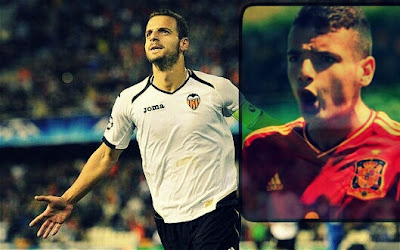 Spanish Clubs are busy selling players day and night this transfer window. Some clubs like Sevilla are doing Overtime, thanks to their financial problem. La liga players are bought like a mango of summer season, Cheap but Tasty.
We have sold two players till now but we hope to sell more this summer( to balance the account ).

There is a report in English media that Liverpool have agreed terms with young Valencia sensation Pedro Chirivella. But Liverpool and Los Che are yet to agree on transfer fee. Merseyside club are willing to offer as much as £2M but Valencia want £3.6M which is also his release clause. However, if no deal is reached, then tribunal will set the final fee.

The young Midfielder rejected move to Barca few years ago, though Barca and Valencia had agreed over transfer fee.

The 17 year old is said to have agreed 4 year deal with liverpool, who will make around £260,000 a year which is unlikely to be matched by Valencia.

He is a vesatile player who can play as a Midfield Pivot, Creative Midfielder and Attacking Midfielder though he prefers deeper role.
He is tipped for the big thing and seen as a future star in Valencia. He has actively featured for Spain in U15, U 16, U 17 level.

There is also a report linking Liverpool with Valencia goal machine Roberto Soldado. Liverpool legend Jan Molby urges Liverpool to sign Valencia star R. Soldado. The legend believes that Soldado would be an ideal replacement for their wantaway striker Luis Suaraz. Suaraz's future is uncertain at Anfield as he has expressed his desire to leave club publicly. So Molby believes R. Soldado, who is a proven goal scorer could be a Marquee signing Liverpool fans are looking for this summer.
Posted by ElninoPawan at 8:29 PM
Email ThisBlogThis!Share to TwitterShare to FacebookShare to Pinterest
Labels: transfer speculations
Newer Post Older Post Home