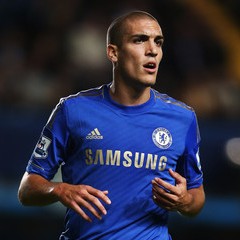 Valencia are the favourites to land Chelsea defensive midfielder Oriol Romeu this summer. Chelsea and their new manager, Jose Mourinho, have conveyed to Romeu that his services will not be needed next year (harsh thing to say but good for us) since they already have many players competing for that same position. Our Sergio Canales is a good friend of Romeu and according to him, Romeu is very interested in building himself at Valencia. The deal is expected to be finalized in the next week. However, Chelsea is making the deal complicated. They are requesting a € 1 million loan fee and no purchase option. On top of that, they also want Valencia to pay Romeu's wages for the year which are about € 2 million per year. What at an outrage! Talk about unreasonable.

Braulio Vasquez is hoping to change this by bringing up two things:
1) Romeu is still recovering from an injury and
2) He hasn't had first team action in a long time.

Using these two arguments, Braulio is hoping to convince Chelsea with one of two ideas:
1) No loan fee/purchase option but will pay the wages or
2) If Chelsea insist on the loan fee, it will be deducted from the purchase price should Valencia choose to activate the purchase option.