Transfer window for this summer will open tomorrow. But Valencia has already digged into the transfer market and has bought 2 or 3 players already. Though not of the highest quality but squad players. Valencia are suffering financially so do not  expect us to spend big.We would be rather selling our prized assets then buying to balance the book. After loosing on Champions league spot we tend to loose $30M odd money. So we will be looking for cheap signings. We hope to hold on to our best players this summer.

NOW we will look on some of the transfers that has already happened till date. 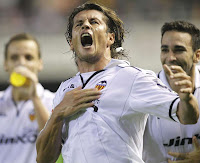 1. NELSON VALDEZ (STRIKER): We have purchased NV from Russian Club Rubin Kazan for reported fee of 2.64 M Pounds. NV who spent last season on loan at Valencia has impressed Valencia officials to buy him permanently. The Paraguay forward last season played 28 games scoring all together 6 crucial goals.   The 29 year old is basically seen as backup to our main striker Roberto Soldado (if he stays obviously). He said he is happy with the role. 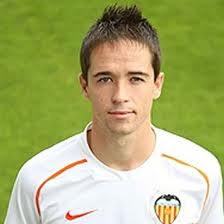 2.MICHEL HERRERO: (MIDFIELDER): He started his professional career with Valencia B side. After first team opportunity hard to come by, Michel quickly jumped the ship and signed a 3 year contract with our local rival Levante UD in last year June  After being impressed with his performance , Valencia has quickly exercised the buyback clause that is around 369k
pounds. Last year 24 year old
played 51 games scoring 8 goals. He is a promising young player but i dont see him starting games in La Liga this season. However, he will be used in CUPs and Europa league. 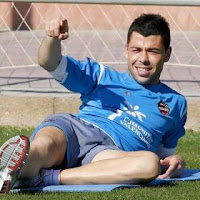 3. JAVI FUEGO (D. MIDFIELDER): He used to play for Rayo Vallecano. Valencia has signed him on free as his contract with Rayo expired. He was good for Rayo, but i think he is an average player who will be used as backup to Dani Parejo. He is a good ball player, interceptor and tackler. I hope he proves me wrong and turns out to be a gem.

1. TINO COSTA: He has left Valencia CF for Russian Club Spartak Moscow for reported fee of 6.16 M pounds. Valencia needs to balance their accounts so he was sold. I think it was good decision in the end. He was an average player. Other than his set pieces there was nothing more he could offer. Dani Parejo is better than him.

2.DAVID ALBELDA: Goodbye to the legend. Every start has its end and this is it. It was emotional and sad decision but life goes on.Age was getting better of him. After brief meeting with new manager Miroslav Djukic both the parties decided it was best time to part company.

1.ROMEU: As i have already told you, he is a good player. We should sign him at all cost.

2.ALMUNIA: Who is he? Seriously, Almunia? I dont think he is good enough for our reserve team. Please stay away man. Go find clubs in segunda. Former Arsenal man is in mid thirties and probably past his prime. So no to him.

3.TIAGO LLORI: Highly rated Sporting defender has been linked with a move to Valencia as a possible replacement to  Rami who is expected to leave.The center back has impressed this season and has attracted a lot of suitors.Liverpool are also monitoring the situation closely. He has  potential to be a great player. He has $3M  odd release clause. So we should sign him.

4.GERARD DEULFEU: After Barca has decided to send their young star in loan every clubs in Spain, England and Germany want this player. Valencia is also linked with this rising star. But i dont think we will be able to land him.

5.GIOVANI DOS SANTOS: Six or seven teams are in race to sign the Mexican star according to Real Mallorca president. Valencia is confident in signing him. Mallorca has accepted 8 M euro offer from LA Galaxy, only for Dos Santos to turn down the move. Valencia have reportedly bid 4 M euro, but Mallorca view as insufficient. He is a quality player. We should sign him at all costs.

6.KEVIN GAMEIRO: PSG striker is looking for more playing time after failing to break into PSG's starting lineup. He currently behind Zlatan Ibrahimovic and Ezequiel Lavezzi in the picking order. He is a good player and would give good competiton to Soldado.

1. RAMI: Targeted by Napoli, Arsenal, Man City and host of other European clubs.He wants to go so we should cash in by selling him.

2.SOLDADO: Targeted by Tottenham, PSG, and other clubs. He has expressed desire to stay with Valencia. We shouldnt sell him. Team should be built around him. He is our best player. He should be retained at all cost.

3. DIEGO ALVES:  He has been currently linked with a move to AS Roma  and Man city. We expect him to leave because we cant keep two good keepers.

5.ALY CISSOKHO: He is a decent player. A defensive minded player is linked with a move to Liverpool. I think we should keep him. If we play Jermey in center back then we will need him in left back. He would be a good cover if Jermey gets injured.

6. VICENTE GUAITA: Valencia have made it clear that VG is up for sale according to insidespanishfootball.com. He is a long term target for Barca as a replacement for Victor Valdes. WTF? if we are going to sell our two best keepers who are we going to buy? Almunia? Jesus, save Valencia.

7. PABLO PIATTI: Piatti has been transfer listed by Valencia. He has been seen as  surplus to requirement in Valencia. I dont know but as we need money we should sell him.


So there are lots of players who has been linked in and out of the club. We are in financial trouble so i dont expect any big name signings in this summer. But i do hope we sign Dos Santos and Romeu and a center back too. Main problem now is to retain our best players. Big Vultures are hovering over us. They will obviously want to take advantage of our financial problem. So i hope the players we sign turn  out to be very good.