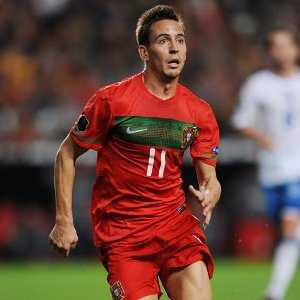 Diego Alves was once again with the Brazilian team and he has become a regular there, taking over Julio Cesar, but that was not the case in the friendly vs England, as Diego Alves found himself on the bench.

Joao Pereira started as right back for Portugal and might wish he hadn't start at all, after a poor performance and an own goal.

Ricardo Costa was an unused sub in which Portugal lost to Ecuador.

Adil Rami much like Joao was rather lackluster in his performance and failed to provide adequate protection at defense, always looking like he's about to make a mistake.

Fernando Gago went on loan to Velez, but he is still technically a Valencia CF player and he had a great game for Argentina, forming a solid due with Mascherano.

Ever Banega had his first appearance for Argentina after his long term injury last year and replaced Gago in the 68th minute, continuing where Gago left over.

Andres Guardado started and played for 79 minutes for Mexico in what was a 0-0 draw against Jamaica. Andres Guardado had a mediocre game and was a big disappointment as much was expecting from him and he failed to deliver.

Nelson Haedo Valdez started for Paraguay and played for 45 minutes in what was an 3-0 victory for Paraguay over El Salvador.

Jonas Goncalves was dropped from the Brazilian team as they recently had a coach change and Jonas never really made a claim for a starting spot, though judging on the performance against Brazil he may return.

Roberto Soldado was also dropped from the Spanish national team in favor of Negredo.

Alberto Tino Costa didn't impress when he was called previously for Argentina, so he is unlikely to get a new chance anytime soon and was obviously omitted for the international game.