While on paper the club did very good that season, in reality things were different and Valencia CF was playing one of the worst football in recent years. In fact Valencia CF went into the new year of 2012 back then with a huge cushion on the table and so even with bad results in the second half of the season it managed to stay and keep 3rd place at all times, although by the end every match was terrifying and the team felt like climbing a 180% degree mountain.

The problems were becoming evident towards the end of 2011 when Valencia CF missed out on Champions League football and went on to loose 3-0 to Chelsea, which even though Chelsea went on to win the Champions league, it was strange because Chelsea were playing a defensive style football, attacking only on counter attack and scoring goals only on the counter, so loosing 3-0 to them was really terrible and meant Valencia CF would go on to play in the Europa league instead of the Champions league.

Playing in the Europa league isn't bad within itself, its just that you really need to reach the final to be noticed and you got to win the final go get the prestige and money and even then its bread crumbs compared to the Champions League. So whichever way you look at it, its better to play in the round of 16 in the Champions league and loose there, than to even reach the final of the Europa League. If you don't win it, its not worth as much, as Athletic Bilbao can testify.

So the fact that Valencia CF lost in the semi final against Atletico Madrid, who then went on to win it, meant playing there was for nothing, as the monetary gains were minimal and the team suffered in the sporting department, playing more fatigued in the Spanish league.

Valencia CF was also playing in a more sensible competition which is the Copa del Rey as it is a Spanish competition and it has long tradition and most of Spain watches it. It also serves as the morale booster competition if you manage to win it and haven't won a trophy in a long time. The whole competition serves as a jumping board for teams and puts them into the spotlight and gives fans something to cheer for. Valencia CF also did very good in the cup until it met FC Barcelona in the semi final and that would be the end of that journey for Valencia CF.

Valencia CF only managed to win 7 times in the second half of the season out of 18 matches and basically started its poor away form since March of 2012, where after it beat Athletic Bilbao 3-0 away, it never went on to win an away match that season and that poor away match form continued under Pellegrino. That isn't to say the team was terrible, ultimately the team gained quite a bit points in the second half of the season as well and managed to snatch up 3rd place and qualify automatically for the group stage in the Champions league.

The end of 2011/12 season was eagerly awaited as fans just wanted the season to be over and for Valencia CF to secure its 3rd place so it can play in the Champions League competition again and stay on top of the field from the rest of the pack. Towards the end it was widely known that Unai Emery would be leaving the club and a lot of fans were happy about that as they thought that Emery did his best he could at Valencia CF and its now time to bring in someone else who can do even better. 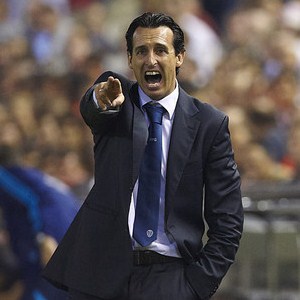 I was one of the persons who had similar thoughts and wrote about why I thought it would be best if Unai Emery left in the summer. Here is the summary of that article: "I think Valencia CF should part ways with Unai Emery this coming summer with both coach and club head held high knowing its on a good line. That said Valencia president Manuel Llorente should only bring in a coach that can improve and build upon Emery's reign and not start over, destroying everything that has been build and achieved over the past 4 years. We need a coach that can sort of take the pieces which are in place already and give them that final polish to be able to reach the next level.
The new coach must also be more experienced and must be proven that he can win and manage a winning team.". As you can see while I was making the case for Emery to leave, I also made the case that the replacement needs to be an experienced coach that can build and improve upon Emery and not start over and that the new coach would have to basically polish the team to get them to the next level.

Manuel Llorente had different thoughts though and he decided that Mauricio Pellegrino the former Valencia CF central defender and two times Champions League finalist with Valencia CF would become the new coach. Obviously he was neither experienced, nor fully knowledgeable as he had never before coached a team and only had two and a half years as a second coach to Rafael Benitez. So this meant that he would be incapable of building upon the existing team and bringing that level of polish that was needed and he would need to rebuild the team yet again, which he stated he would be doing and was the excuse for many of the losses.

Mauricio Pellegrino garnered huge support from Valencia CF fans who knew him as this sung hero and Valencia CF icon. While most Spanish fans were very happy, the international fans, at least people who read this blog and voted on the poll thought that it was a risky choice. Out of 72 votes, 39 voted him as a risky choice, while 22 voted him as a good choice, with only 4 voting as him as bad choice and I guess ultimately they were right, so have a +1.

Mauricio Pellegrino didn't start terrible or anything, in fact he started in great fashion, leading the team to a draw in his first match against last years champions Real Madrid, who just 3 months ago broke all the records to become champions of Spain and were the most feared team in the world. Unfortunately this big draw would not ammount to anything as Valencia CF went on to draw at home against the newly promoted team of Deportivo La Coruna who were weakened by the loss of Andres Guardado their best player and he just so happened to transfer to Valencia CF.

That match started great for Valencia CF who pretty much dominated the first half and were running circles around Deportivo La Coruna, scoring 3 goals in the process and lead Deportivo 3-1 at half time. I remember watching an English commentary stream and the English caster was showering Valencia with praise how they were playing with such ease and how the team could easily challenge the Real Madrid and Barcelona duopoly and that this match was proof that Valencia CF can muddy the waters for the champions title this season and boy I agreed with him. Then the second half started and everything changed. It was like a whole other team came out, that was some low level, bottom of the table team. It was just incredible and Valencia conceded 2 more goals and went on to draw with Deportivo La Coruna in that match. Read my match report.

While Valencia was playing poorly in La Liga, the team was performing very good in the Champions League, having only lost once and that was away to Bayern Munich. By the last match the team was fighting to finish first in the group, but just felt short of it as Bayern Munich also won their last match and had better direct score against Valencia CF. That didn't save Pellegrino though as he pretty much sealed his own faith by loosing two matches in a row in the Spanish league, first against Malaga 4-0 and then a week later 5-2 against Real Sociedad. Those were two huge losses in a row and coupled with the terrible away form and mid table position on the table at that time he was sacked.

Since then Ernesto Valverde was appointed as the new coach and the rest is the present. Valencia CF has performed better under him and the team has looked more alive and more capable, although the judgement is obviously still out and the final conclusion can be made at the end of the season.

So what is going to happen in the new year, what is the future outlook of the team? From my deep research and analysis and I have been right 100% in all cases, not just with Valencia CF either, I predicted Barcelona would fail last season and that Real Madrid would go on to win the league and I was right. Barcelona lost the title and wasn't as convincing as in years previous. This year I wrote an article that Real Madrid would fail and explained to great detail why that is going to happen and I was right. I said Barcelona would win the title and its looking like it.

So from my deep research and high level analysis I can see Valencia CF improving a lot and probably finishing in 3rd place, most likely above Real Madrid. Now again there are a lot of factors going in here, I'm yet to see any of the different clubs transfers in the winter transfer window and this could change the situation completely. Real Madrid could strengthen, Atletico Madrid could strengthen, then of course Valencia CF could weaken if they bring in some poor reinforcement, but overall if there are little changes in the top 6 teams right now, I fully expect Valencia CF to finish 3rd, possibly 4th place if the schedule turns out to be bad and fatigue plays a big part of the performance.

So what am I basing my analysis on you ask? I base it on whole set of points, from just the schedule of matches that we have, the training schedules, from reading, watching videos and seeing pictures of the team's training sessions, to understanding the team dynamics and following the players very closely individually and assessing the situation and then from all of them combined, assessing the situation team wide. Then I asses the performance of other clubs, I asses Valencia's performances and why the team hasn't been performing good, but most importantly I've come to the conclusion that the team has been underperforming for months now. So if you have a team who's been underperforming for months, you can either hit a bottom and then bounce back or you can start performing to the level of optimal performance. So I'm betting that we won't hit bottom and I have proof of that in the past several matches under Valverde, so there is basically no other option but for the team to start performing to its full extent and possibly even over performing, but hopefully it will not peak too soon.
Posted by SlickR at 10:23 AM
Email ThisBlogThis!Share to TwitterShare to FacebookShare to Pinterest
Labels: editorial
Newer Post Older Post Home