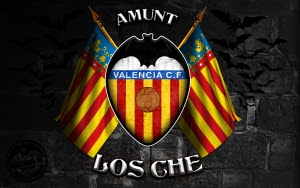 Valencia CF ended mid season at a somewhat surprising 9th place on the table this year. Last year the team finished 4th place on the table in the mid season and the team was doing very well back then. This season was different though as club legend Mauricio Pellegrino didn't end up as successful as a coach as he was as a player and was ultimately sacked after two terrible consecutive defeats at the hands of Malaga and Real Sociedad.

The players haven't been performing to their best either, so its going to be much more fun with the awards. First category is the summer transfers and as always I will be looking at the statistics, personal ratings, overall skill, team work and then come to a conclusions.

Joao Pereira transferred from Sporting Lisbon for a transfer fee of 3.5 million euros in what was supposed to be a long term solution to our right back problems. Joao Pereira didn't disappoint and fitted in immediately at Valencia CF. Since his arrival he has featured in most of the matches and has been very secure at the back and threatening on the offense. In fact he has the second highest ranking in my player ratings with 6.11 score, just bellow Roberto Soldado.

Nelson Valdez wasn't met with much excitement by Valencia fans and his previous low scoring record in other clubs was weighing down on him. Since his arrival though he has impressed with his performances, which have been characterized with fighting spirit and lots of running. Even though he's featured sparsely as Soldado has been the undisputed started, he's managed to score 3 goals in La Liga and one in the Champions League. But what put him ahead of other players was his commitment and humbleness which is something some other players lack.

Aly Cissokho fought off Andres Guardado mostly in the nomination as he has contributed more than Andres Guardado and has been more consistent, while Guardado has been largely ineffective in attack which is why he was brought in and not as a left back. Cissokho barely had time to adopt and with no Spanish understanding as well was instantly put into action as Mathieu has been injured for most of this season. Even with his lack of adaptation and no understanding of Spanish, he was able to perform admirably and most importantly consistently and has a score of 5.88 in my rating which is significant. 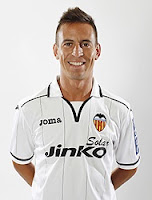 The best summer signing for Valencia CF is Joao Pereira.

So there you have it, Joao Pereira the winner of the best summer signing award.

Joao Pereira as I wrote and already won the best summer signing award has been in terrific form for Valencia CF and while he had some smaller defensive problems initially, he quickly ironed out those and has been solid at the back and going forward. He's been quick to track back from attack and quick to go forward and support the wingers on the right. His crosses have also been very accurate and has had good amount of penetration on that right flank. He has also been an outstanding professional, working hard and not making any problems at all.

Roberto Soldado has been a frequent nomination in these awards and has actually featured as a nomination in all my awards, winning the best summer signing of 2010/11 summer awards. Since his arrival in Valencia CF he has been one of their key players and has since rejected a big money offer from Tottenham and has committed his future to Valencia CF. Roberto Soldado is currently the biggest name in Valencia CF and is generally considered one of the best players at the team, but also one of the best strikers in Europe. This season he had a slow start and a period of drought, but has rediscovered his form and went on to score 9 times in the Spanish League and 4 times in the Champions League. He is right now also the highest rated player on my ratings with 6.20 rating.

Alberto 'Tino' Costa isn't the obvious choice for this award as he doesn't boast the best assist or goals statistics and isn't the most talented and technical player, not even one to make a difference in thigh matches, but he has been very consistent, very hard working and has chipped in with few assists and goals as well, helping the team win some important matches. In fact he is actually tied for first place with 4 assists with Jonas in La Liga, 1 goal in La Liga and 1 assist in the Champions League. His corner kicks and free kicks are also often dangerous, creating quite a few chances for the team through them. Overall this seasons lack of competition has helped him to this nomination and he just edged out Adil Rami due the the Frenchmen's very poor start and occasional big lapses of focus. 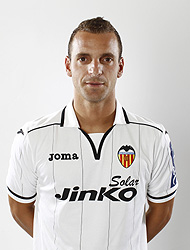 The best Valencia CF player for this winter awards is: Roberto Soldado

Revelation of the season: None
Biggest disappointment of the season: Fernando Gago
Worst player of the season: Daniel Parejo
Posted by SlickR at 6:28 AM
Email ThisBlogThis!Share to TwitterShare to FacebookShare to Pinterest
Labels: editorial, feature
Newer Post Older Post Home