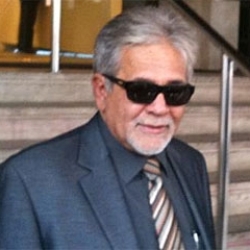 Valencia CF debt is currently at 370 million euros, down from the 550 million euros dept it had 4 years ago. After coming in current Valencia CF president stabilized the ship and with the sales of David Villa, David Silva, Juan Mata and others was able to reduce the debt by over 150 million euros.

Our intention is firm, with the aim of being able to resolve the club's economic situation and thus give it financial stability for the coming decades," Alvarado Orozco said in a statement.

We have been preparing the offer for months and with absolute discretion and professionalism so as not to put the viability of the operation in jeopardy."

Our intention is firm, and our desire is to straighten out the club's economic situation and thereby provide it with financial stability for the coming decades", Alvarado's statement reads.

Alvarado plans to invest 500 million euros in Valencia CF, this would mean wiping out the 370 million debt and continuing construction on the Nou Mestalla. He also said he would likely keep Manuel Llorente as president to keep things running smoothly and won't be making any big changes.

He met with the City's deputy Mayor Alfonso Grau, as well as representatives on Bankia who are the owners of the club, since they own all the debt.
Posted by SlickR at 9:52 AM
Email ThisBlogThis!Share to TwitterShare to FacebookShare to Pinterest
Labels: news
Newer Post Older Post Home