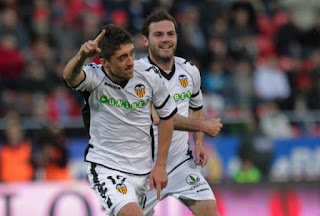 Swansea is said to have bid around 5 million euros and the bid may go up to 7 million euros, but more important than that is that we don't really have a cover if Pablo leaves. Yeah Piatti's best position is right wing, but we can't count on him seriously as he was very inconsistent last year, so this creates a huge problem for Valencia CF, especially since we don't have time to find and purchase a suitable replacement.

Right now it seems likely that Pablo will leave, but Llorente is meeting with Valencia CF sporting director Braulio Vasquez and coach Mauricio Pellegrino to discuss this and make a decision.