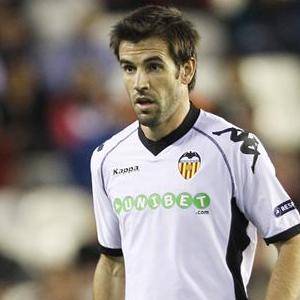 Manuel Llorente in a press conference early in the day said the club is going to offer David Albelda a contract extension of one year. David Albelda extended his contract last season by 1 year and is set to expire on the 30th June in the summer and Valencia is moving quickly to extend his contract as he has been a valuable asset to the team starting most of the matches and overshadowing Topal.

If you asked anyone last season they would have told you this is effectively going to be Albelda's last season and Topal will take over the reigns, but with few less than stellar performances Topal has fallen back in the pecking order and Albelda has provided consistency in the defensive midfield role as always.

Unai Emery also spoke and said David Albelda deserves a contract extension due to his good performances and positive attitude.

Albelda has been a good example both on in games, training, on and off the field and also commands respect in the dressing room something certainly Emery wants to have.
Posted by SlickR at 8:07 PM
Email ThisBlogThis!Share to TwitterShare to FacebookShare to Pinterest
Labels: news
Newer Post Older Post Home