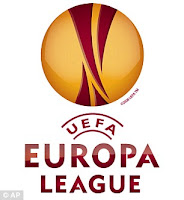 The draw for the Champions League and the Europa League is over and all the matches are now known.

Valencia CF was very lucky and avoided all of the dangerous opponents and will face Stoke City. This is probably the best outcome one could have hoped for and with the major players like Manchester City, Manchester United, Porto and Ajax all to be eliminated by one another Valencia CF is going to have a good path, assuming we win against Stoke first though.

If we win against Stoke City then the possible opponent is Trabzonspor or PSV.