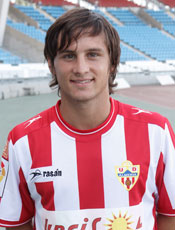 Pablo Piatti transfer from Almeria UD to Valencia CF was agreed on July 25th late at night after 3 days of intense negotiations. The player was wanted by few other clubs who offered more money, but the player decided that he wanted to join Valencia CF and the fact that Almeria and Valencia have had such a good relationship in the last 3 years since Emery came here, allowed the deal to come through.

Under the agreement the clubs will play a friendly match in August which will be the presentation match for Almeria.

Pablo Piatti has signed a 5 years deal with Valencia CF and should be revealed in the next days. Valencia is reportedly paying 6 million euros, of which 25% go to Piatti's former club Estudiantes since they owed 25% of the shares of the player.

Pablo Piatti has been probably the best player for Almeria last season and certainly their most valuable player and Emery has adored the player ever since his days in Almeria.

Piatti is originally a left winger, but can also play as a striker or if needed as right winger. I think this move by Valencia CF staff is to hit two birds with one stone and cover the right and left wing with one player. Since its not very likely Mata or Pablo will get injured too much, but will get tired between all the matches and Piatti will have enough playing time between the left and right wing.

For six million euros I agree with this deal and I think it will certainly strengthen Valencia's squad.
Posted by SlickR at 1:26 AM
Email ThisBlogThis!Share to TwitterShare to FacebookShare to Pinterest
Labels: news, official transfers
Newer Post Older Post Home