Juan Mata stay to depend on economic situation 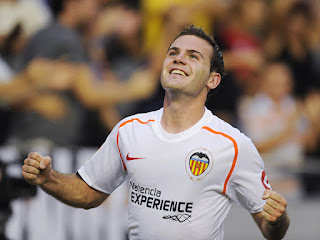 This is breaking news ladies and gentlemen. Juan Mata stay with Valencia CF will depend purely on economic results. Things are looking really bad and right now chances are that Juan Mata will be sold if an good offer comes along.

With less than 30.000 season tickets sold so far and only 2 days left and with no shirt sponsor and low chances of finding a good one, its very likely that Juan Mata will be sold in order to balance the sheets.

Even though Valencia CF has reduced the expenditures by more than 15 million just by cutting and/or reducing salaries its balance sheet depends mostly on season tickets sold. While the club can go even several months without a shirt sponsor, season tickets have been the major income for Valencia CF for so many years.

I really hope there will be at least 35.000 season tickets sold, but its really hard to tell right now. Reports have it that there were about 1000 people purchasing tickets today, but even that isn't much.

If Valencia CF doesn't have stability through season tickets and shirt sponsor expect Juan Mata to be sold if an offer of around 30 million euros comes along.
Posted by SlickR at 8:04 PM
Email ThisBlogThis!Share to TwitterShare to FacebookShare to Pinterest
Labels: news
Newer Post Older Post Home