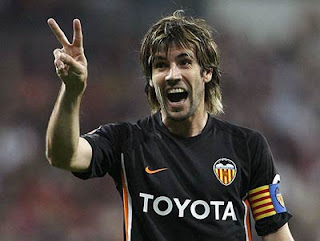 David Albelda has signed a one year contract extension with Valencia CF reports Valencia official website. The deal will keep David Albelda in the club until 30 June 2012and it will be his 14th season with the club.

His new salary is reportedly bellow 1 million euros, which is a huge cut from his previous contract in which he was in the top 5 earners.