Have Valencia CF transfer deals so far been good? 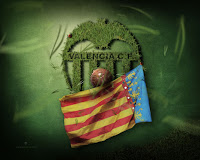 Hi there ladies and gentlemen, I'm going to take some time and talk to you about Valencia CF current transfer deals and have they been good or bad for the club.

First of all lets start with the big earners and players that have been in Valencia CF for a very long time.
Players like Vicente, Joaquin, Del Horno and Albelda. All had high wages, Albelda and Vicente were from the time when Valencia CF was very successful and both are part of club history.


Was letting go Vicente Rodriguez the right move?
- I think so, but not because of his sporting performance, not even his high wage, it could have been lowered and offered him a 1 year contract extension, but because he is just too much injury prone and with Mata taking the left wing position having such a club icon sit time and time again on the bench was not going to be useful.
So I think the club made the right deal here.

The Joaquin Sanchez saga?
- Well ever since Joaquin made the decision to join Malaga, Valencia could never stop Joaquin from leaving and he goes on to new pastures and big paycheck so he made the right decision, and Valencia could probably not negotiate a bigger transfer fee and we have to look at it realistically. So we got what we got and even though this really weakens the team, because we are without proper cover at the right wing for Pablo, we should move on.

Del Horno and Aldelda?
- Well Valencia CF is right wanting to sell Del Horno, since his arrival to Valencia from Chelsea FC he has barely played and when he has played he has failed to impress. So since he has only 1 more year left on his contract and he is the top earner in Valencia CF right now, we should look to sell hi at all costs and even try to break his contract in agreement with him.
As far as Albelda goes it was a smart thing to extend his contract by one year, he will provide cover and even a challenge to Topal for the defensive midfield position and I think the club gains so much from his leadership in the dressing room. 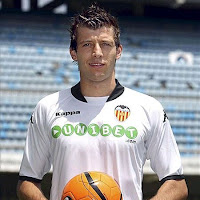 I could understand Valencia staff wanting to sign Kevin Gameiro and I wanted to, but realistically speaking he would have actually been a big mistake for Valencia and we should be thankful that he chose to sign for PSG. Lets get real and admit that we don't need a fourth striker and even if we needed one we have a young one waiting in the youth team, his name is Paco.

So from the start the most important positions to reinforce the squad were the central defense, right back slot and left back slot or left wing slot.

Lets not kid our-self, with Vicente gone we can either buy a left winger to be a replacement for Mata or move Jordi Alba to be Mata's replacement, but then we would be often short on replacements on the left back spot and what happens if Mathieu got injured?

Loan players position
I'm going to talk a bit about the returning players from loan and I think most of them are not Valencia quality and should go with the exception of Feghuoli who just came to Valencia last season, but maybe Emery made a mistake instantly cutting all of them. I mean we could have tried Sunny if Emery wasn't really overreacting in every situation. 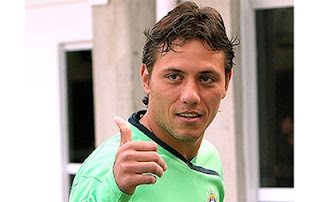 So lets see our goalkeepers situation now. Cezar left on a free transfer, Renan will probably be let go for nothing since we own Inter some money, Moya was loaned out to Getafe and 3 million were spend on a goalkeeper.

To tell you the truth this is absolutely ridiculous business, if Alves came for 1.5 million euros I would have been okay, but we wasted 5 million on Moya, we let go Cezar for free, we couldn't care less about Renan and we bring in a goalkeeper that cost us 3 million euros and he is going to be a second choice to Guaita?
It doesn't make sense, because its stupid, its bad decisions and decision made in haste.

I can't see Alves being better than Moya to tell you the truth, and if you were to make the point that Moya wants to play, we could also make the same point for Alves, he wants to play as well. At 25 years old I don't think anyone would want to be a second string goalkeeper, unless you come from the youth team and haven't gotten the chance.

Best option would have been to buy some decent goalkeeper for 1 million or even make Renan as back-up and call up Saul as the third choice goalkeeper when needed. 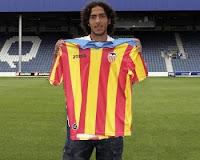 Daniel Parejo joined Valencia CF really soon after the season was over and at 6 million some would call it a bargain, I call it ridiculous. Why would be the first question, he is a good player, young and has potential, why is this a bad transfer?
The answer lies that Valencia CF valuation of the player was that of Getafe, which was at 10 million euros, he isn't that good and certainly not very proven. But when you know the fact that Valencia has actually paid more than the required 5 million to buy the player, in order to prevent Real Madrid from taking him after his first season with us is just ridiculous. 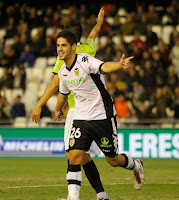 But lets get away from all the technical and financial aspects and look at the sporting ones. Valencia CF did not need a new midfielder and especially not an attacking one, if we want an unproven but young and very talented attacking midfielder we actually got one in Isco. He is right now probably the best youth attacking midfield in Europe, you think Neymar or Nasri or whatever is better? They are all unproven and having one breakout season doesn't made you a great player.

And we still have Tino, Banega, Feghuoli and even Mata who can play as attacking midfielder. In fact when Silva was injured 2 seasons back, Ever Banega played as an attacking midfielder and he actually did pretty well when he wasn't required to track the ball and come and defend, he actually had quite a few assists at that position.

But ultimately we should have kept those 6 million, plus the 10 million from the failed Gameiro signing and tried to sign really quality defenders, and I'm not talking about the ones from Segunda division, I mean real quality and proven defenders.

The fact that Ever Banega may leave is also not a real explanation, since he may potentially stay and even if he is certain to leave, Parejo is not the kind of player to replace Banega, they play very differently and in different position.

Forward positions
The fact is that we didn't need Gameiro and even though it would not have been a terrible purchase, it would have been an unnecessary one and would have really limited out ability to purchase any significant defensive reinforcements.

If Valencia CF really need a forth striker then Paco is the perfect option and along with Isco could really make a splash in at least some matches. 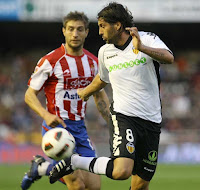 Renan Brito, Miguel Brito, David Navarro, Del Horno,  Sunny, Manuel Fernandes, Hedwiges Maduro, Michel, Aaron Niguez and Chori Dominguez. These players are all on the chopping list by Emery and are all on the transfer list by the club.

I think Valencia CF should move quickly to sell most of the players that returned from loan as getting even half a million for each player is better than just loaning them out freely and loosing them for free next summer.

As far as Miguel, Navarro, Fernandes, Maduro and Chori we could get some money for them, so we should be careful about their transfer. I even think that Maduro should stay as he is a very versatile player and can play in defense as well as midfield.

The verdict
So far Valencia CF technical staff has reacted without guidance, without objective, without rationale.

When the season ended we brought a goalkeeper, even though we had 4 goalkeepers already and a great youth one in Saul, so that is technically 5 goalkeepers and we bring in the 6th. Does that make logic to anyone except Braulio Vasquez and Unai Emery?

We came off chasing attackers when we needed defenders, luckily Gameiro made the best decision for Valencia CF, probably because he loves Valencia CF so much and realized that our club needs defenders and not attackers.

Then after we were rejected by Gameiro, you'd think our main objectives would be defenders, no we bring in a midfielder, an attacking one and at 6 millions euros with a 2 year buy-back option. Since when does Valencia bow down to Real Madrid? We stole Mata from them and didn't have a buy-back, this is why we have been able to be competitive, if Mata or Soldado or all these Real Madrid players that play from us had buy-back clauses we wouldn't have a team right now. 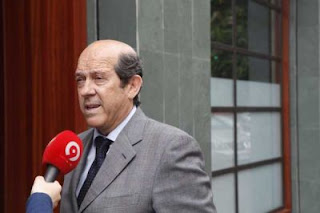 So far we've wasted far too much money on not needed reinforcements and can't even sell one player and the ones we don't want to sell like Joaquin leave for pennies.

So Manuel Llorente wake up and put your people in order, make our main objective to bring in quality defensive reinforcements and do not once again make the mistake of bringing not needed players and even have buy-back clauses on them. I don't get it, why did Parejo had to have a buy-back option?
Posted by SlickR at 6:47 PM
Email ThisBlogThis!Share to TwitterShare to FacebookShare to Pinterest
Labels: editorial, feature
Newer Post Older Post Home