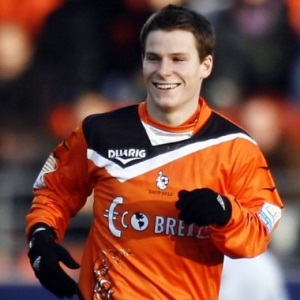 Do you remember my Aprils fools post about Aduriz being sold and Gameiro purchased in the summer? Well turns out the joke may be that it isn't a joke at all.

Various reports from Spain and France suggest that Aduriz lack of playing time is due to the fact he will be sold this summer and the cash gathered from his sale would be used to purchase Gameiro. Lorient wanted 12 million euros for the player, while Valencia was offering only 8 million, but since he would have only 1 more season left this summer and Llorient can loose him next summer for free, its said they are going to listen to offers lower than 12 million euros.

As far as where would Aduriz go, there are reports suggesting he will move to Athletico Bilbao or transfer in England where with his stature he would fit perfectly.
Posted by SlickR at 5:38 PM
Email ThisBlogThis!Share to TwitterShare to FacebookShare to Pinterest
Labels: transfer speculations
Newer Post Older Post Home