Just 3 days after the meeting with FC Barcelona, Valencia CF will travel to Mallorca who have been a very dangerous opponent in the past 2 seasons with 3 wins for Mallorca from 4 meetings and one draw.

Valencia CF are in a good form though and even though the loss to Barcelona may be a bit demoralizing, the players should be up to the challenge and capable of beating Mallorca. The main worry for Valencia CF coach Unai Emery should be tiredness, after the players have been playing matches every 3 days.

RCD Mallorca is currently at 10th position with 34 points from 26 games with their last match being a win against Espanyol away.

Piere Webo and Gonzalo Castro are Mallorca's most dangerous players and the main threat is going to come from them. Webo has scored 6 goals and also has 6 assists to his name, while Castro has scored 5 goals and 3 assists. This also makes them the best goalscorers in the team and best assistants in the team as well.

Mallorca are not particularity effective in front of goal, but they are not ineffective also, they are somewhere in the middle as their table position also shows. They are also in the middle when it comes to goals conceded and its neither too much or too little. So they are a pretty average team and you know what they bring. 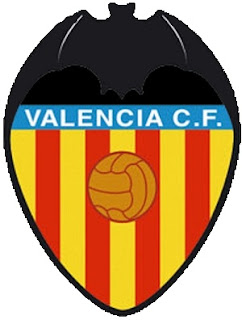 Valencia CF on the other hand just lost their unbeaten streak of 11 matches and no less in the Mestalla, but to Barcelona - one of the best teams in the world, albeit with the huge help of its sidekick the referee Iturralde Gonzales by disallowing a perfectly onside goal, which you can see from an airplane and not to mention from 10 meters away.

Valencia CF are still third on the table, but the advantage has been reduced to only 1 point above 4th placed Villarreal and Valencia must ensure a win tomorrow if they are to stay 3rd place, even though Villarreal travel to Madrid to take on Atletico.

Joaquin was injured in the Barcelona match, but has since recovered and will be available for selection, Maduro was injured on the last training session before the match against Barcelona so he is unavailable for selection, Miguel Brito and Chori Dominguez are still suspended by the coach and finally Aritz Aduriz has made a full recovery faster than expected and will be in the team to face Mallorca.

Valencia CF Technical:
Formation: 4-4-2
Line-up: Guaita; Bruno, Stankevicious, R. Costa, Mathieu; Pablo, Topal, Tino, Mata; Jonas, Soldado
Tactics: High defensive line, high opposing field pressure, deep zone defensive midfield, mostly crosses, position changes from the wingers, deep line in attack.
Its very important for Valencia CF to win vs Mallorca and I think the 4-4-2 system is perfect for it. Valencia also needs to have huge control in the midfield as Mallorca has proven to be a tough opponent that scores goals against VCF, so not allowing them too much time on the ball and stopping any counter attacks before they become dangerous is imperious to not conceding a goal.

Result prediction:
RCD Mallorca 1-2 Valencia CF
This is going to be a very tough match for Valencia CF and even though I think Valencia will ultimately win, its going to be a struggle for 90 minutes.
Posted by SlickR at 10:17 PM
Email ThisBlogThis!Share to TwitterShare to FacebookShare to Pinterest
Labels: match preview
Newer Post Older Post Home