Marius Stankevicious played in Lithuania's both matches, 2-0 friendly win over Poland and a 3-1 loss to Spain for Euro 2012 qualification. Stankevicious was also the scorer of the one goal against Spain. As usual he had few glaring mistakes, especially for Mata's assist as he was nowhere to be found and was suspect in positioning a few times as well.
Still in the previous match against Poland he was one of Lithuania's best players on the field.

Adil Rami played in France both matches, 2-0 win over Luxemburg for Euro 2012 qualification and a 0-0 frindly against Croatia.
Adil Rami was solid in both matches, though overall France looked more dangerous against Luxemburg, but against Croatia they were quite easily contained. In fact Adil Rami had the best chances to score for France through headers. 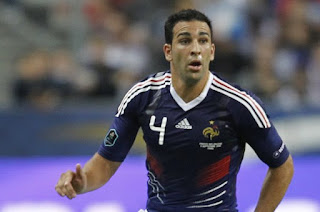 Hedwiges Maduro didn't play for Holland because he is injured, although he was still called to the squad and traveled with them.

Jordi Alba played in Spain U-21 squad one match when he came in as a substitute in the 1-1 draw against Belarus U-21 squad. He was selected to play as a left back in the short time he did get. While this isn't something special for Alba at least he is getting some confidence playing for Spain U-21 squad.

Ever Banega played in Argentina's both matches, the first match against USA he played the full 90 minutes and was quite good, keeping high possession for Argentina and having good passing. The match ended in a 1-1 draw, even though Argentina dominated is every aspect.
In the second match against Costa Rica he played 45 minuted and in that time he was also pretty good, unfortunately Argentina couldn't win in both of their matches so that may weigh heavily for the current starting eleven, as its wins that count.

Mehmet Topal returned to the Turkey squad after a long absence and did play in both of Turkey's matches, a 1-0 loss to Finland and in the 2-0 win over Austria for the Euro 2012 qualification. He played just few minutes in the second match, but this is positive since he is finally back to the national team. 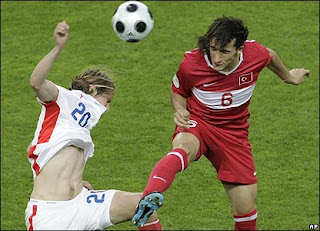 Juan Mata played in the second match against Lithuania for the Euro 2012 qualification, he came on as a substitute and single-handedly won the match for Spain. Spain were level at 1-1 with Lithuania when Mata came in, but he provided the assist for Spain's second goal and then scored the third goal himself, after a beautiful pass from former Valencia CF player Silva. 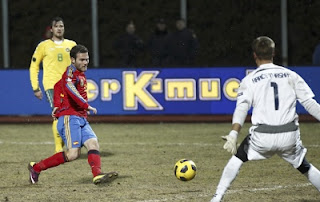 Jonas Gonclaves came in as a substitute in the 78th minute in Brazil 2-0 win over Scotland. Jonas almost scored two goals for Brazil in his short time on the pitch, though he was a bit unlucky. This is Jonas first Brazil call-up and first match to actually play for Brazil national team.