Deloitte’s annual report on European football revenues has been released, and it reveals that once again Spanish giants Real Madrid and Barcelona top the game’s money league.

I think you guessed who the top two would be, its not that hard to guess considering all stuff. 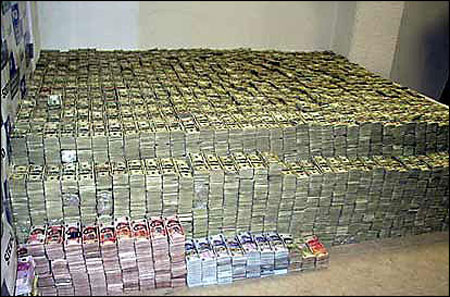 As you can see the biggest money clubs are Barcelona and Real Madrid and incase someone was wondering why and how Spanish league was a 2 horse race, here is your answer - money. Only Real M. and Barca can purchase the best world players and it doesn't matter if they are 100 million euros or 40 million euros, they can do it. In fact Sandro Rosell(barca president) said he was planning a 60 million euros offer for Cesc Fabregas in the upcoming summer.


So all accounted for Valencia earns around 90-100 million euros per season, of course much depending on the success of the season.


I think its safe to say that Spanish league wont be competitive for at least another few years.
Posted by SlickR at 5:04 AM
Email ThisBlogThis!Share to TwitterShare to FacebookShare to Pinterest
Labels: feature, news
Newer Post Older Post Home