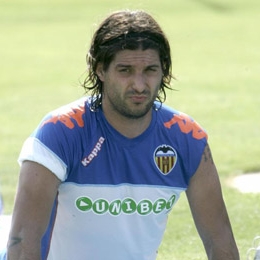 Choriz Dominguez yesterday played against Racing after being left out of the squad for quite some time and he helped Valencia CF get a point. Chori was also in a situation about possibly moving to Juventus on loan.

He had this to say after the match "I was anxious all day as I was waiting for news about the possible loan move and knew that I would be removed from the squad if the deal was agreed upon. As soon as the coach told me that he counted on me, I knew I was staying in Valencia and my thoughts were on getting a positive result in the match."

Chori also had good welcoming words for new Valencia arrival Jonas and said how this player can help Valencia.

Alberto Tino Costa also had some comments after the match and spoke of himself: "I'm pleased with my personal progress, but as a team we are not putting the best performance".
"We knew that if we score an early goal, we would have a chance to win, but we just couldn't do it and next week at the Mestalla we can't loose any points.

He also spoke of his fellow Argentinian Chori Dominguez:"Chori was very good tonight and with his arrival our play became much better and more fluent. I think there is place for him in the team yet".
Posted by SlickR at 8:13 PM
Email ThisBlogThis!Share to TwitterShare to FacebookShare to Pinterest
Labels: interviews, news
Newer Post Older Post Home