Atletico Bilbao will host Valencia CF tomorrow night at San Mames stadium in what Fernando Llorente describes as a "huge match". Llorente is hoping that Bilbao will return to their unbeatable home form they are known for and win against Valencia CF. 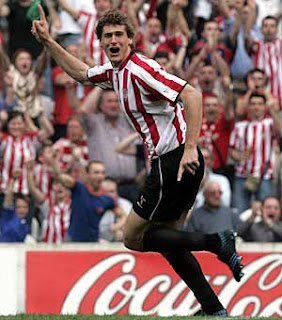 Atletico Bilbao are currently 5th at the table with 38 points, 10 less than Valencia CF and a win for both sides would be huge. For Bilbao it would mean they will theoretically escape Espanyol, given they loose of course and come closer to the 3rd and 4th spot teams and fight for position that leads in the champions league.

Atletico Bilbao is very strong up front with 38 goals scored, same as Valencia CF, but they are somewhat worse in defense with 34 goals conceded.

Their most dangerous player and their top scorer all in one is Fernando Llorente who Atletico Bilbao relies upon heavily to score goals. If he is neutralized Valencia will have a much easier time and a win will be very likely.

Another dangerous player is Andoni Iraola who has 6 assists so far, has scored 3 goals and is one of the staples for Atletico Bilbao having started in all 24 matches this season. He is actually a defender but with his stats he should be carefully covered.

Bilbao are currently on a 2 match loosing streak, having lost to Mallorca and Barcelona away, but those were close matches in which Atletico Bilbao had chances to win. 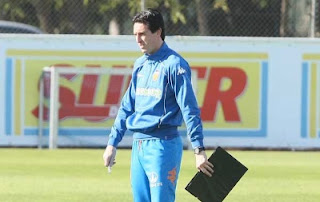 Valencia CF on the other hand are still in 3rd position after Villarreal also slipped up last week and failed to converge on Valencia's draw. Valencia is only 2 points above Villarreal and the fight for third spot seems like it will be a long one.

Getting a positive result against Atletico Bilbao is crucial as Valencia CF has some very tough matches after that with the likes of Barcelona, R. Madrid, Sevilla and Villarreal. Having a points cushion to fall back to in case Valencia CF looses points against Barcelona and R. Madrid is the plan and of course Valencia CF also needs to bounce back after last week's draw against Gijon.

Aduriz got injured last match and he is out of the squad for at least 10 more days, even though he has made faster progress than thought. David Albelda is training steadily alone with a physiotherapist, but still has 2 weeks or more for full recovery.
Mehmet Topal was a scare after a small injury, but he is now training normally with the rest of the squad and is probably going to be available for selection.
Miguel Brito is the dark spot this week as he has been suspended indefenaetly after coming to training 80 minutes later. He is going to miss the match against Bilbao due to his suspension and is going to train alone from now on until the suspension if lifted. This bad news comes as Valencia CF is playing some crucial matches these next few weeks.

Valencia CF Technical:
Formation: 4-2-3-1
Line up: Guaita; Bruno, Stanke, R. Costa, Mathieu; Banega, Topal, Mata, Tino; Pablo, Soldado
Tactics: Medium attacking frequency from the wings, Medium defensive line and opposing field pressure, deep zone defensive midfielder, man marking on Fernando Llorente.
This formation seems the most logical to me now that Mata is back and is a bit more secure than the 4-4-2 as we have 2 defensive midfielders to cover in defense.

Result prediction:
Atletico Bilbao 1-2 Valencia CF
I'm not going to make the same mistake again predicting big wins for Valencia CF as the result always comes back to haunt me with draws or losses. This time I predict a much tighter match and since Bilbao play at home they are bound to score, but I think Valencia have enough skill to score twice and win the match.
Posted by SlickR at 2:24 PM
Email ThisBlogThis!Share to TwitterShare to FacebookShare to Pinterest
Labels: match preview
Newer Post Older Post Home