A very exciting encounter is ahead of us, with Villareal meting Valencia for a fight for 3rd spot and of course pride and bragging rights. It will be a tough match, but it will also be a chance for the teams to size up each other before the also very important Copa Del Ray match. 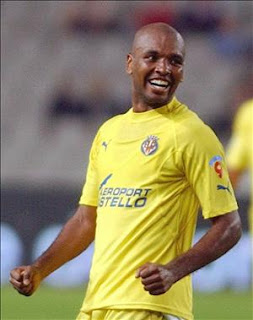 Villareal are coming off of a defeat to Barcelona in the Spanish League and will be slightly nervous because of that defeat, but otherwise they have been on a winning row in the league and all their players are in top form.
This is also the first time Marchena will play against Valencia, a team that was his home and where he spend 10 years. He said its going to be strange for him to play against Valencia, but confirmed that he is a professional and would play to his best ability in order for Villareal to win. He also said he has settled well in Villareal and he feels comfortable there.

Villareal are a very strong team especially in recent years and this season they have had tremendous success so far in the league, so they will be a very tough opponent, probably even more so than Barcelona was and Real Madrid will. Nilmar, Rossi and Cazorla have been in amazing form so far and will be the attacking players to watch from. Capdevilla is a well known Spanish international and is a great defender that possesses a great attacking skill and is playing almost like a winger for their side. 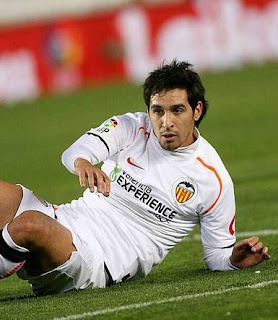 Valencia CF on the other side are coming off of a win against Getafe CF and will feel a little bit more comfortable than before, where they didn't have a win in 4 La Liga matches. Valencia had problems with Ever Benega who was suspended due to his late night style and coming late to a training session, but he has talked to the coach and seems determined to make up for it, as he has been working to reduce his weight and get back in top form as soon as possible.

Banega played the full 90 minutes for Argentina against Brazil and while he wasn't great at that match, he showed some good touches and was actually the contributor to the only goal for Argentina as he pressured the Brazilian player to looses the ball, which Messi took and scored a goal.

Hedwiges Maduro also played for Holland for 85 minutes and provided the assist for their only goal against Turkey. So he is in good form right now and that's great, because Topal is injured and Albelda will miss this match due to suspension and so he is the only defensive midfield Valencia have right now. Baenga is also a defensive midfield, though he is a lot more attack minded and works better when forward.


With so many injuries, Mathieu, Jordi Alba, Topal, Mata and Albelda's suspension Unai Emery has once again called on our super youngster Isco. Also in the squad will be Dealbert and Stankevicious after being left out by the coach for most of the matches. Feghuoli is also in the squad and he seems fully fit and in form after a great showing against Logrones in the Copa Del Ray.

I believe Unai Emery will change the tactics a bit for this match. Since we are going to probably start with the 4-2-3-1 formation and with one striker, there will be less crossing from the wings. I expect Tino or Isco to play just behind the striker and to see a lot of movement to the left and right wings to help out. I also expect the right winger to to the the left wing from time to time to form a double threat.
The defensive line is not going to be as high, as Villareal posses some very fast attacking players and ablr to do counter attacks very fast, so having a lower line will help in that regards. There will also be quite a bit of long shots if Villareal defense prove to be tough to crack.


Result prediction:
Villareal 2-1 Valencia CF
I can't see Valencia winning or even getting away with a draw here. Villareal have been amazing at home and in great form so far and I don't expect their form to run out in this match. They will ultimately win 2-1, though we have a chance to earn a draw if we keep the ball as much as possible.