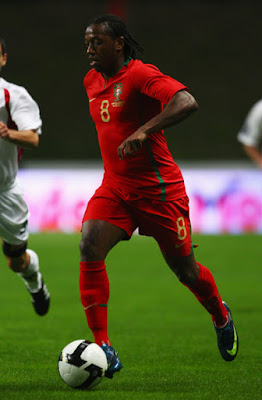 Valencia has few players that have been called on International duty with their countries.
First one is Manuel Fernandes who has got a recall for Portugal squad after being left out of the squad for their last match. Miguel Brito has previously announced his resignation from the Portugal national team and decided to focus on club level fully.
Hedwiges Maduro has also been called up for Holland and it seems he has become a regular in the squad. He has so far to my knowledge played one full match for Holland as a defensive midfielder.
Getting his call up is also Ever Banega for the Argentine national team who will be facing off against Brazil in what will certainly be the most interesting match tomorrow. Ever comes to the Argentina squad after having missed one friendly match against Japan, in which Argentina lost.
Mata was called to the Spanish national squad, but due to his injury he is not available now and his place could be taken by either Pablo or Aduriz from Valencia.

I'd really like to see Ever Banega play for Argentina, as their match against Brazil is going to be a real challenge and test. Hopefully he gets to start and play a superb.
Posted by SlickR at 8:31 PM
Email ThisBlogThis!Share to TwitterShare to FacebookShare to Pinterest
Labels: news
Newer Post Older Post Home