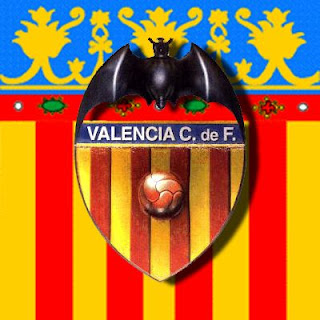 Sunday, November 11th at 21:00pm Valencia CF is going to welcome Getafe CF at the Mestalla in what is going to be a thrilling match for the Valencia fans.
Valencia is going to trash Getafe so hard, that Gerafe players would not know where their heads are. Valencia have lost 11 points from 12 in the last 4 matches, always performing substandard and apart from the Copa Del Ray win are not on best of levels, but all that is going to change tonight. Enough is enough and there is just no room for failure anymore and I can't see any Valencia player not working 110% for this match in order to win it. There are no more excuses and everyone needs to perform.

I'm absolutely certain that we would see Valencia wipe the grass with Getafe and trash them with 4 or 5 in what would be a thrilling and exciting match for all Valencia fans..

Valencia CF Technical:
Formation: 4-4-2
Line up: Moya; Miguel, Navarro, R. Costa, Mathieu; Joaquin, Albelda, Banega, Mata; Soldado, Aduriz.
Tactics: High frequency crosses from the wings, positional changes from the 3 attacking midfielders, very high defensive line, high opposing field pressure, deep zone defensive midfielder, strikers going wide.
Lets be real, its going to be mostly crosses for out attack with the occasional center passes. Emery experimented against Logrones with short direct passes and center filed play and it worked out great, but it was against a third divisions team and he won't change the tactics so suddenly, but he is going to instruct the forwards to come wide and try to force the Getafe defense to collapse and thus creating gaps for someone to exploit. Its going to be an full out attack all night long, as anything but huge victory won't be enough.

Result prediction:
Valencia CF 5-1 Getafe CF
The time for results has come, after several bad results and poor matches there is no way down, only up. Emery has building pressure to get the results and the players would be also hard press to perform great. Emery is a serious coach and he will be really pushing the players to perform. I expect everyone to get to their senses and show their best form and play to crush Getafe. I would be really surprised and gutted if Valencia didn't win 5,6 goals to zero or one.
Posted by SlickR at 1:50 AM
Email ThisBlogThis!Share to TwitterShare to FacebookShare to Pinterest
Labels: match preview
Newer Post Older Post Home